The case for QASA 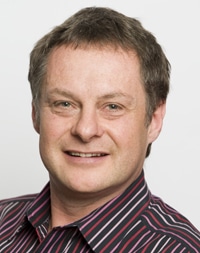 Wolfe: is ensuring a minimum competence so wicked?

We will never get close to having an “independent, strong, diverse and effective legal profession” (which section 1 of the Legal Services Act 2007 sets as a regulatory objective for the regulators) if advocates providing a high-quality service to their clients remain undermined by others who are not even competent.

Let’s not fool ourselves: we all know lawyers – including barristers, and including criminal advocates – who are just not up to it (perhaps they never were, perhaps they have lost their touch) at all levels, from magistrates’ court practitioners to QCs. The most senior judges complain about it; the Attorney-General notes the cost (not to mention harm to the public interest) of appeals necessitated by poor trial advocacy.

Neither the professional obligation falling on us all only to take on what we can do competently, nor market forces, has dealt with the problem. Nor will they, alone: advocates still regularly get instructed to appear in (and take on) cases beyond their competence. We simply cannot credibly claim that we are all competent to do the cases we all currently take on (though of course, as trade unions, the Criminal Bar Association and Bar Council will do their best to protect all their members and still make that claim).

So no surprise, particularly in an oversupplied market, that the funders of most advocacy in the criminal courts – the new Legal Aid Agency, the Crown Prosecution Service etc – only want to spend taxpayer’s money on advocates who have been assessed as able to do the job properly. This is not about marking out excellence; it is about ensuring a minimum competence.

Is that so wicked? The public would rightly insist on it. So too surely would the competent barrister, fed up of losing work to others not up to the job, or of sitting in court watching justice not be done because another barrister is out of their depth. We’ve all been there. Quality assurance would be happening even if competitive tendering was not being contemplated.

If the regulators don’t do it (protecting privately paying clients as well as public purchasers) the Legal Aid Agency (and other big purchasers) would likely set up their own systems (and refuse to contract with any barrister who does not meet their quality standards, as would any other public purchaser of services). They would likely outsource that work. Would we prefer Capita or G4S to set up and run crime QASA? I doubt it.

So maybe the fact that the regulators are doing it is not so bad? Barristers might have wanted the Bar Standards Board (BSB) to go it alone. But, in reality, it would have been chaos for the chartered legal executives, solicitors and barristers who appear through the criminal courts to be assessed by separate but overlapping schemes. A combined scheme will put to bed the solicitor-advocate-bad, barrister-advocate-good debate. We also need to remember that there are about twice as many solicitor criminal advocates as there are barrister criminal advocates: the main regulator of criminal advocates is the Solicitors Regulation Authority. So the BSB had to work with the other regulators in the Joint Advocacy Group (JAG).

Incidentally, of course, if oversupply is reduced, then those who are left (i.e. the truly competent ones) will be busier, and will be better able to resist downward pressure on pay rates. But let’s not be self-interested about this!

We might not like every detail of what the JAG has proposed for crime QASA, and we might be sceptical about how aspects of it will all work in practice, but it has the potential to weed out incompetent performers, whoever they are.

So why do vocal opponents argue for a boycott (#notoQASA etc)?

If POAs were currently banned, it might make sense to argue against a proposal newly to permit them. But they already exist. Boycotting a scheme which will subject them to quality assurance is going to look pretty daft (after all, the cry for a boycott is not a cry for a more onerous crime QASA scheme). And given the ratio of advocates to full trials, many (possibly most?) current POAs are actually likely to be barristers.

It is argued that crime QASA should not apply to QCs because they should all be presumed competent to undertake criminal trials at all levels.

Even people who became QCs ‘crime’ recently cannot be assumed competent to do criminal trials. After all, the QC system is driven by references arising from ‘cases of substance’, which could be all cases in the Court of Appeal and need not include any trials. So even a recently appointed QC ‘crime’ need not have demonstrated their ability in criminal trials.

But even if new appointees could be assumed competent for all trials, what matters for QASA is whether the same can be said of all practising QCs (i.e. regardless of when they became QCs and on what basis). Of course it cannot. The loose linkage of the QC award to work type is relatively recent, and there is no reaccreditation.

Can someone who, 20 years ago, was a brilliant family lawyer and became a QC on the back of that, be assumed to be competent to do the criminal trials which they take on at all levels now? Of course not. They may (still) be brilliant, but they might not be, or not in crime. Even someone who did all crime at the time they became a QC may have lost their touch. We all know of examples. No rational QASA scheme could simply assume all QCs to be competent at the highest level.

But, in the end, a reality check: if a QC currently working doing big criminal trials is competent do those trials, is it such a burden for them to complete the forms and pay the fee to prove their competence in a system which will apply to everyone (and which will thus be weeding out the incompetent at all levels, in the public interest and in the interest of the competent)? Surely not.

I agree: that cannot be right. It’s what the last JAG consultation proposed but will the regulators stick with it, and – if they did – would the Legal Services Board really sign it off? I doubt it. But even if they did, is it so fundamental that it justifies a total boycott? Clearly not – that would be baby out with the bathwater, for sure.

Moses LJ argued powerfully that judges should not be assessing and reporting on the competence of the advocates who appear in front of them: apart from anything else advocates may play to the judge at the expense of their client.

I share his concern. But isn’t that exactly how the QC system works? References from 12 judges (from cases ‘of substance’ in the last two years) are required. Perhaps that needs to change too?

But anyway, the documents relating to the JAG rather suggests it was the barristers involved who insisted on ‘judicial assessment’ in crime QASA and the solicitors who argued against (maybe it will favour barrister advocates over solicitor advocates?). The judges leading the process have also seemingly insisted on it. So a boycott on this basis would look particularly ridiculous.

Some people have suggested that a boycott (or strike, or lock out, call it what you will) could be defensible in the media. Dream on. John Humphries will eat alive anyone brave enough to try and defend it to a critical public audience. All of us will end up looking foolish.

So let’s be realistic. Crime QASA is going to happen. Of course it could be improved. But my biggest concern is that it might not be operated robustly enough to get rid of the incompetent advocates who undermine the rest of us (including financially) thus turning into a waste of time.

QASA will also provide for ‘career progression’ for advocates, something currently largely lacking; and help promote equality of opportunity for people from groups which are under-represented in the profession, particularly at higher levels.

In times to come, barristers starting out will be able to aspire to move up the levels as they publicly demonstrate their quality regardless of who they are. QASA is vital when it comes to the “an independent, strong, diverse and effective legal profession” to which we are surely all committed.

The contemplated boycott of crime QASA will undermine all of those things (and certainly the interests of competent advocates, particularly barristers, everywhere). So let’s embrace the principle of QASA and then work to extend and improve the current proposals over time.

With any luck, other areas of work will also be covered in due course (albeit, presumably, modified to reflect the fact that other areas of practice are less focussed on trial work, or the trials are very different to a jury trial). That way those of us working in other areas can publicly prove our competence too.