The cab-rank rule – are its days numbered? 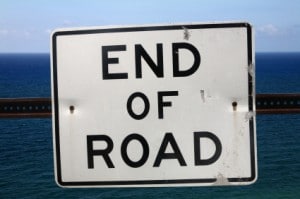 ‘The cab-rank rule is dead, long live the cab-rank principle’, or words to that effect, may be heard before too long.

More than two years after the prescriptive-rule-versus-laudable-principle debate was sparked, the Bar Standards Board (BSB) appears ready to consider converting the rule and its many exceptions into an outcomes-focused foundation of barristers’ practice.

The long-awaited BSB consultation on standard contractual terms and the rule – the issue that was at the heart of the debacle over the Bar Council compromising the independence of the BSB in late 2013 – contained hints that the BSB might be happy to see the back of the prescriptive cab-rank rule, not least because it could mean an end to such laboured consultations in future.

It said that the rule itself will be examined by the BSB in due course when its new Handbook is reviewed, “at which point it will consider the impact of the cab-rank rule, whether it continues to be effective and whether it could be drafted in a more outcomes focused way without the need for the current long list of exceptions”.

At the same time, the board will consider whether it should be extended to cover public access cases, which at present it does not.

But adopting an outcomes focus is simply another way of imposing standards of conduct, which in place of prescriptive rules shifts determining the method for compliance onto the regulated party. The BSB is not suggesting the cab-rank rule be abandoned, or its obligations watered down – just that the rule as it has evolved down the years is too convoluted.

A BSB spokeswoman explained: “It may be possible to draft the rule in a more principles-based, outcomes-focused way… (as has been done with a number of other provisions in the Handbook). It would continue to be enforceable and underpinned by the BSB’s disciplinary regime.”

Because the underlying principle of a cab rank for barristers is not being challenged, the forthcoming review is unlikely to generate the kind of furore that followed the proposition by professors John Flood of the University of Westminster and Morton Hvvid of the University of East Anglia, in January 2013, that the rule had little substance.

For all its cumbersome exemptions and apparently limited use in practice – just one person responding to a Law Society survey said they had actually invoked it – the rule is evidently treasured by barristers. It is a public demonstration of how blind is their devotion to justice and their essential fairness in being willing to defend anyone, however heinous their crimes.

The 2013 academic research, The cab-rank rule: its meaning and purpose in the new legal services market, was sponsored by the Legal Services Board, which worried that the rule could be undermining its objective of ensuring access to justice by inhibiting specialisation, as well as interfering with the promotion of market competition.

The professors said: “The logic of our report argues that the rule serves no purpose… We are not convinced that it even is a proper rule. It seems at best a statement of principle masquerading as a rule in order to make it appear to have more teeth than it does.”

They suggested that, instead, the cab-rank rule could be a “laudable principle” espoused by barristers, or perhaps a general anti-discrimination rule applying to all providers of legal services, including “the nature of the case/crime or the defence required” that could protect odious clients from struggling to obtain representation.

The Bar Council’s reaction was decisive. It enlisted Sir Sydney Kentridge QC of Brick Court Chambers to write its response, while the BSB published a report volunteered by three barristers from Fountain Court Chambers, led by Michael McLaren QC.

Among other things, Sir Sydney cited numerous judicial authorities pointing to the significance of the rule and decried the notion that it should be down-graded “to a vaguely desirable principle which may be ignored without sanction”.

Prof Flood later hit back, expressing disappointment that responses to the report had not dealt with issues such as the “indefensible” fact that the cab-rank rule did not apply to public access clients. He also raised the problem of bargaining over the standard terms of business, where variation from the standard terms can result in the removal of the rule.

It was in addressing these business terms under which the rule is applied that the current consultation has been produced. You only have to look at the time-consuming effort that went into the consultation to see why the BSB might be keen to alter the rule as it is presently constituted.

It concluded, wearily: “This review of just two of the exceptions to the cab-rank rule has underlined how detailed and specific they are.”

Looking ahead to the future of the rule, the BSB agrees that the cab-rank objectives should be maintained on access to justice grounds.

But at the same time, the consultation said, “the rule might perhaps… be drafted in a way that better reflects the reality… of the practical operation of the cab-rank rule today (i.e. as a core principle to be upheld rather than a rule with detailed, prescriptive exemptions).”

Whether the cab-rank rule is susceptible to the sort of outcomes-focus treatment the rest of the Handbook has received remains to be seen. A possible irony will be how close the BSB’s solution is to the anti-discrimination rule suggested by the two professors in 2013.