The art of being honestly dishonest

Posted by Richard Burnham, co-author of How to be an Ethical Solicitor, a book published by Legal Futures Associate Bath Publishing 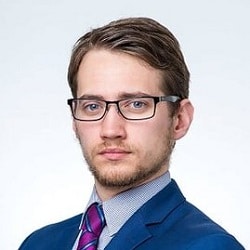 Burnham: Solicitors are not gods

The concept of dishonesty within the legal profession has always struck me as particularly inflexible. This is not without good reason, as it is a foundation of our profession that no solicitor should ever act dishonestly.

The suitability of this rigidity has, however, recently been called into question by a myriad of controversial decisions from the Solicitors Disciplinary Tribunal (SDT) and High Court which have split the profession in a Brexit like manner.

An allegation of dishonesty is proven when a person should have realised that ordinary honest people would regard their behaviour as dishonest (Ivey v Genting Casinos [2017] UKSC 67), and will almost always lead to a solicitor being struck off unless there are ‘exceptional circumstances’ (SRA v Sharma [2010] EWHC 2022 (Admin)).

Indeed, the case of Bolton v The Law Society [1993] EWCA Civ 23 suggests that, even where a solicitor has acknowledged their wrongdoing and is unlikely to reoffend, this does not expunge their previous dishonesty.

This is because there is a pressing need to maintain the public’s trust that any solicitor they instruct will be a person of unquestionable integrity, probity, and trustworthiness. Thus the reputation of the profession will always trump the fortune of individual solicitors.

A solicitor recently appeared before the SDT to answer to allegations of dishonesty committed during her training contract.

Emily Scott argued that she had only committed these dishonest actions as a result of pressure from a senior partner at her firm.

The SDT heard submissions that she had been “deceived, pressured, bullied and manipulated” into covering up misconduct for a period of four months at the firm, which included overcharging clients by as much 2,000%.

What makes this matter interesting is that Ms Scott “blew the whistle” to the Solicitors Regulation Authority (SRA) on the misconduct at the firm two years after she had qualified and left.

She did this on advice from a partner at her new firm who assured them that they would be immune from prosecution from the SRA as a whistleblower (which is not the case).

Despite the element of duress and whistleblowing, the SDT established dishonesty and struck her from the roll (alongside two partners of the firm, who did not attend the hearing).

The SDT went as far to acknowledge that she had been in a “difficult position”, would not have behaved immorally unless coerced and “in no way benefited financially” from her actions.

It is likely going too far to suggest that the dishonesty is expunged by the whistleblowing, but there is also loud displeasure within the profession that the solicitor was struck off as a consequence instead of facing the lesser sanction of suspension.

Speaking to the Sunday Telegraph, Ms Scott slammed the SRA, saying: “They encourage you to give them information then hang you out to dry. This could potentially prevent others coming forward in the legal world…

“I’m not a dishonest person. I acted naively and have now lost a career that I had pursued since the age of 18. The governing body and tribunal has punished me for doing the right thing.”

A similar case came before the High Court (on appeal from the SDT) at the tail end of last year which may go some way to explaining the decision of the tribunal in this matter.

In this case a junior solicitor, Sovani James, backdated a series of letters to experts in a medical negligence claim and misled her vulnerable client as to the status of their litigation over a period of 18 months.

It was not until the solicitor had left that the misconduct came to the firm’s attention. It reported her to the SRA some 18 months after her departure. Ms James had been practising at her new firm without issue.

In an effort to establish ‘exceptional circumstances’, she explained that the culture of the firm had led to anxiety, mental health problems and a loss of confidence which had impacted her ability to work.

She claimed that the firm had an aggressive implementation of billing targets, as illustrated by a letter from the firm’s managing partner, which suggested the solicitor should “work evenings, weekends, bank holidays, or simply a longer day”.

Ms James’s stress was apparently such that she was regularly in tears and her hair had started to fall out.

A consultant psychiatrist gave unchallenged evidence at the hearing that the “circumstances in which [she was] working led to a loss of concentration and diminished cognitive function arising out of a depressive disorder”.

The SDT initially took the decision not to strike off Ms James, on the basis that her actions had largely been predicated by the fear of their supervisors and the firm’s management, which the tribunal considered was “so traumatising that the solicitor was knowingly prepared to break the rules in order to avoid having to confront them face-to-face with the truth regarding [their] actions”. The tribunal instead imposed a suspension instead.

However, on appeal to the High Court by the SRA, Ms James was struck off. Whilst the presiding judge, Lord Justice Flaux, branded the treatment of the solicitor by the firm “dreadful” and the letter from the senior partner a “complete disgrace”, he did not agree that the environment mitigated the dishonesty.

He said: “It may be that pressure of work or an aggressive, uncaring workplace could excuse carelessness by a solicitor or a lapse of concentration or making a mistake, but dishonesty of any kind is a completely different and more serious matter.”

So were these decisions incorrect? I’ll give our profession’s favourite answer; yes and no. This is an instance in which the legal position doesn’t quite align with certain people’s ethical outlook.

It is without question that the legal profession’s image will be negatively impacted if the public observe a solicitor backdating letters, misleading clients or inflating invoices.

Equally, however, there is a sense of injustice when one considers a junior whistleblower has been punished as seriously as the main conspirators or that a firm branded toxic and uncaring by a Court of Appeal judge faces no regulatory consequences.

It is questionable whether the outcome would be different if the dishonesty complained of was a single act. In both cases, the dishonesty was not an isolated incident, but instead drawn over several months, and in the second example, not disclosed by the solicitor to the SRA at all.

These decisions will no doubt sit uneasily with the profession and interested members of the public and have caused some to label the SRA/SDT/High Court as over-zealous.

Solicitors should not be misleading their clients, even if that is under duress or in response to the pressures of their workplace. But if the SDT and High Court recognise that mental health and intimidation can cause solicitors to act dishonestly when they might otherwise not, why is the SRA not addressing this?

There exists statutory jurisdiction for the SRA to make health rules for instances when solicitors’ conduct is largely or wholly attributable to mental or physical ill-health through the ‘fitness to practise’ amendment to the Solicitors Act made by the Legal Services Act.

Perhaps with the increased focus on ethical maxims within the next code of conduct, attention needs to be turned towards balancing the protection of solicitors in these circumstances in a way which upholds both the rule of law and the public’s perception of the profession.

Junior solicitors like myself will undoubtedly be concerned about what protections exist for whistleblowers and whether whistleblowing should be approached with trepidation. Equally, if firms face no consequences for putting in difficult working environments that spawn mental health problems, some junior solicitors will question the point of reporting bullying or unethical practices for want of prosecution.

Ultimately our profession is known for its long hours, demanding workloads and stressful environments. Trainee solicitors are known to be fearful for speaking out about the actions of supervising senior associates and partners for fear of the personal and professional repercussions.

In the case of Ms Scott, eight years of training went into securing their training contract, including an unpaid internship. When you consider the increasing debt most entrants to the profession incur and the low-paid nature of some training contracts, is it enough for a tribunal to simply say they “should not have done that” when there are also exceptional circumstances to explain the behaviour?

Whilst certain members of the profession may argue otherwise, solicitors are not gods; the stresses of toxic work environments and bullying still impact them and, shockingly, impair their judgments.

Arguably in the face of such life-invading variables, sometimes it may not be enough to say that a solicitor who has taken a dishonest decision is prima facie a dishonest person and therefore should be removed from the roll indefinitely.

Our code of conduct bases its foundations in ethics for a reason, because right and wrong is not always black and white Perhaps labelling a solicitor as dishonest should not be either.

Richard Burnham is a solicitor and co-founder of Eallium CMS, a lawtech team currently developing a lightweight case management system that is free for small firms with a view to increasing access to justice