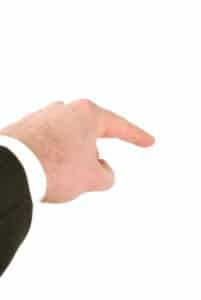 You're hired: the idea of legal apprenticeships is back

It wasn’t that long ago that you didn’t need a degree to become a solicitor. There are plenty of very eminent solicitors around who joined a law firm after school and did the old five-year articles to qualify.

In fact training to be a solicitor started off purely as an apprenticeship in the form of articles of clerkship, with no examinations. It took a long time for there to be an increasing reliance on formal education and training, mainly within higher education.

By the 1950s, there were two main routes to qualification: five-year articles, leading to Law Society examinations (the ‘first’ and ‘final’ examinations); and, for law graduates, it involved taking the final examination, usually after a vocational course, and then serving two years in articles.

The five-year articles route was finally closed in the 1980s and a few years later the Law Society Finals became the legal practice course (as someone who did the finals, which were an awful experience, my strong view is that if I had to do them, every would-be solicitor should have to suffer the same pain).

Since then the only way to become a solicitor without a degree is first to qualify as a Fellow of the Institute of Legal Executives (ILEX).

But such is the growing cost of higher education that the idea of apprenticeships is back, both in the wider economy and specifically the legal profession. Yorkshire firm Gordons made news this week with the launch of its legal apprenticeships scheme, in conjunction with ILEX.

The survey from recruiters Laurence Simons demonstrates how the cost of study could put off many lawyers from pursuing the career and it advocates the accountancy model of working and training at the same time.

This echoes David Edmonds, chairman of the Legal Services Board, in his major education and training speech last November. He said: “It must be worth considering whether such a model could be developed for law, to address the issue of students completing the vocational stage – and accumulating significant debts in the process – without the offer of a training contract or pupillage on completion. Indeed, do we need to assume that the training contract and pupillage need to be inviolable parts of everybody’s career progression or should they be one route among others?”

The Solicitors Regulation Authority’s work-based learning pilot is evidence that this thinking had already begun, while Mr Edmonds somehow failed to recognise that, of course, ILEX has been offering ‘earn as you learn’ for the past 50 years or so (regular readers will by now know my declaration of interest as the editor of ILEX’s magazine).

Now that legal executives can become partners and take on various judicial appointments, it is ever more a qualification that is an end in itself, rather than a route to becoming a solicitor. It takes dedication to do a full day’s work and then go to evening classes for your ILEX studies, and there are plenty of senior solicitors who qualified this way, not least the first female solicitor QC, June Venters.

With women making up 75% of its members and 13% from a black and minority ethnic background – and most from families with no history of higher education – ILEX also bring diversity and social mobility to the profession at a time when both are very high on the agenda.

Using university as a way to filter only the very brightest to join the profession’s ranks was always deeply flawed given the many other reasons that could prevent teenagers from going into higher education. Now that so many young people go to university, this is either no a filter at all, or the filter has quietly changed to discriminate more between graduates of different universities.

As Alex Aldridge recognises in his Guardian blog today on the same subject, there nevertheless remains some way to go before the biggest City firms in particular see non-degree routes to entry as equivalent to their usual haul of graduates (there are a handful of legal executive partners in the City, including two at Kennedys).

But I would have thought they would rather like the accountancy model so that they can train up their people exactly how they want them, a trend we have already seen with firm-specific LPCs.

The timing of the debate is good given that Review 2020, the fundamental review of legal education and training being undertaken by the Solicitors Regulation Authority, Bar Standards Board and (crucially) ILEX Professional Standards is starting to get underway. This is the opportunity of a lifetime to look afresh at what we want from would-be lawyers. As a matter of principle, the oversupply of students to jobs should not be the first consideration here.

Ultimately the legal world of today is fast becoming outcomes-focused – what matters is that we have good lawyers, not the way in which they acquired their skills and knowledge, a view that non-lawyer owners are likely to reinforce. Diversity is becoming the dominant theme in the profession – diversity of people, of clients and of business structures, so why not of routes to qualification as well?

I am indebted to the Legal Services Institute’s strategic discussion paper on reforming legal education and training, published last November, for informing the historical background described above.