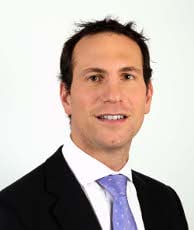 West: the rise of technology suggests that there will be fewer lawyers in practice in the future

For a long time there has been a consensus around the way that the legal market sector is changing. The pressure for change is multiple: buyers (both general counsel and consumers) are changing their behaviours, the market has been partially deregulated, the economy continues to stagnate and technology is transforming the way lawyers work.

What we don’t know is what the future will look like and how will we get there. At LexisNexis, we continue to engage with leading practitioners, educators, regulators and other influencers on the future of law. Last week we held a roundtable conversation around the question of whether, by 2025, 50% of legal work will be done by non-lawyers.

It was suggested that in the past there was an “us and them” culture adopted by the magic and silver circle firms towards their clients. However, post-Lehman, things changed: the power was no longer with law firms but in the hands of general counsel and the consumer.

The market is now buyer-led and the buyer wants to engage with the law firm in a way that suits them. Interestingly, though, the point was made that whilst clients often enquire about new service delivery models and pricing models, they often revert to more traditional processes in the end. This implies that the steps to embracing change, particularly around legal technology, are still to be made.

Then there was technological disruption from the East and how that will play out in the next 10-15 years. It was suggested that whilst there is strong value in Western justice and it is a ‘premium product’, the East has the advantage of looking at the market afresh and will be developing commercial systems that will rival anything we have now.

It was argued that the rise of technology, particularly in the last 10 years, suggests that there will be fewer lawyers in practice in the future. The combination of statistical analysis with codified knowledge makes it feasible that computers can, and will, automate most legal tasks.

Furthermore, artificial intelligence will be deployed in such a way that technology applications won’t just process administrative tasks but will also have the capability to make judgement calls. To illustrate this point the following example was given: it is a possible that a computer model statistically analysing years of case outcomes would be more likely to correctly predict the outcome of a future case than a lawyer. This suggests that there could be a form of ‘self-service’ law in the future.

However, it was asserted that whilst technology may provide results – and even analysis – it would be unable to serve the business needs of the community: there will still be a need for client interaction. This brought the discussion to the concept of emotional intelligence; how lawyers manage the client relationship will be as important as their technical knowledge.

Mindful of the decline in legal jobs, the question was asked whether we should be encouraging the next generation to pursue law degrees and careers in the legal profession. It was generally agreed that a law degree will remain a worthwhile qualification but students should not expect to follow the traditional routes to gain employment and progress in the law.

Some argued that to ensure students are equipped to deal with the changing market, law schools will need to be radical in their thinking and teach students a wider range of skills in business, technology and communication, rather than just the law. Others argued that it wasn’t the role of the law schools – but the employers themselves to take the raw material (in the form of legally trained junior employees) and mould them into the rounded performers they need.

Given the topic it is impossible to conclude what will happen by 2025. Our next step will be to help the group delve deeper into the question of the application of technology to law – just how far technology will get by 2025.

Nick West blogs regularly at the future of law