A guest blog by Paul McFarlane, deputy chair of the Employment Lawyers Association 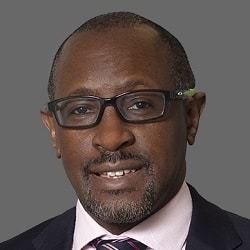 McFarlane: 21-day challenge can be a catalyst for change

Lawyers, and particularly employments lawyers, are often in a unique position in the workplace.

They understand discrimination laws and the issues which can arise in a workplace better than anyone. Yet this doesn’t mean lawyers naturally have the comfort and confidence to discuss and address race-related issues in the workplace.

It can be incredibly difficult for anyone to understand the issues around racism if you’ve not experienced them personally. Even having the right vocabulary to properly address and discuss these issues can be overwhelming.

Writing in Forbes magazine, Daisy Auger-Dominguez, a diversity and inclusion expert, said: “I’ve found many leaders eager for actionable frameworks and advice to create more inclusive cultures. But again, and again I find one thing plaguing their attempts: fear.

“These leaders are so terrified about messing up and saying the wrong thing to all their stakeholders – employees, board members, funders, clients, customers, or the wider world via social media – that they’re paralysed into inaction.”

Whilst this is understandable, what can lawyers do to ensure they’re not just familiar with the law around discrimination, but also the issues and language around diversity?

Inspired by Dr Eddie Moore Jr, one of the USA’s top motivational speakers and educators on diversity and leadership, the challenge involves accessing relevant resources over the 21 days with the aim of stimulating debate and developing greater awareness about the issues faced by those from black and ethnic minority backgrounds.

The challenge involved watching or reading content sent in a daily email which gave an insight into the experiences and lives of Black and Asian communities in the UK.

Some 88% agreed they now intend to make changes to some of their responses on issues of race relations/discrimination as a result of the challenge.

Many of those involved described the challenge as enlightening, educational and worthwhile. A couple of the videos shared as part of the challenge had particular resonance – a video explaining white privilege and another exploring the doll test, an experiment which was originally conducted in the 1940s to illustrate the inferiority felt by African-American children, for example.

There are a number of steps lawyers can take to open up the conversation about race and to ensure anti-racism stays on the agenda in their firms and chambers.

Thinking about how to have difficult conversations about race is incredibly important and should be at the heart of any law firm’s diversity and inclusion strategy. Equipping managers with appropriate training so they have confidence in leading these conversations is also important.

Whilst it’s positive that much is being done to tackle this issue, much more needs to be done. The 2019 Racism at Work survey from the University of Manchester found over 70% of Black and minority ethnic workers have been racially harassed at work in the last five years, with 60% saying they had been treated unfairly by their employer.

An initiative such as a 21-day challenge can be a simple, cost-effective and, importantly, powerful exercise which has a demonstrable impact on attitudes. It can also be used as a catalyst for change.