Talk about a low impact 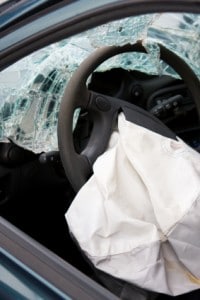 Impact: government knows little of the state of the market

The raging referral fee debate – set to hit Parliament today – is focused mainly on claims arising from low-impact car accidents. So it seems fitting that the two impact assessments released by the government yesterday to justify the ban are similarly low powered.

We can tell the Ministry of Justice (MoJ) is on shaky ground when it admits that instead of hard evidence, the assessment “provides some anecdotal evidence received from various sources”. But it does have research reports from industry bodies which are included “for indicative purposes”. So that’s nice and robust, then.

The whole thing is hedged by ‘may’ and ‘might’ and ‘could’ and ‘maybe’. Assumption is piled upon assumption – many of them reasonable and even logical assumptions, in fairness, but assumptions nonetheless.

Take this summary of the problem being addressed: “Various aspects of market dynamics… indicate that referral fees might be generating increased overall legal costs and might be associated with an increased volume of less meritorious claims. This might be feeding through to higher overall insurance premiums.” That’s three ‘mights’ in two sentences.

I should at this point say that I am not looking to make the case either for or against referral fees – I can see the arguments on both sides. But as I have blogged before, I am sceptical of the process the government is going through here and these assessments do nothing to convince me that this policy is evidence-based. Of course, we all know it is a political decision and so it feels faintly insulting for the government to try and pretend otherwise.

To list the information the MoJ admits it doesn’t know about the market it is about to fundamentally alter is more than I can face because it is very, very long. And so the MoJ gets around this by saying it has produced a “qualitative assessment”.

It continues (and this is worth quoting): “To provide a quantitative assessment would require obtaining specific details such as how many cases involve lawyers paying referral fees, how much referral fee income is received by CMCs and by insurers, how many cases might not be pursued in future, what level of damages and legal costs might attach to those cases, what is the net reduction in lawyers’ costs per case bearing in mind the costs of any increased advertising they may incur, what is the total reduction in legal costs paid by insurers, and what other activities might CMCs and lawyers engage in if the volume of personal injury cases falls.”

One might suggest that this information would be helpful when trying to draft a genuine impact assessment, rather than a by-the-motions document that any new regulation needs to have – indeed it would help when trying to draw up an actual policy. But “this information is either unknown or is commercially sensitive and not readily available to government”. It would not appear the MoJ tried very hard to procure it.

The equality impact assessment is no better – worse, in fact, because it cannot rule out effects on various categories of persons with protected characteristics due to the inadequate information to hand.

Still, the Law Society will be happy to find its support for a ban mentioned frequently. I have questioned before the society’s position, given the inevitable attack on fixed fees and hourly rates that will follow, and I’m not alone in doing so. Talking to some people in and around the council decision, there is certainly a feeling that it has been driven by conveyancers with no regard to their personal injury bretheren.

The impact assessments are boxes to be ticked and I don’t suppose many people read them. Having read these ones, I can see why.