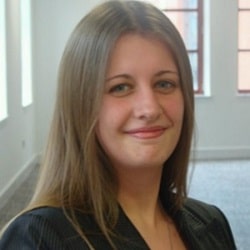 Owen: Employer will have to decide which risk they’d prefer to take

I suspect that many in the industry were as surprised as I was to read the decision in Agoreyo v London Borough of Lambeth [2017] EWHC 2019 (QB), which determined that suspension was in fact not a ‘neutral act’ and instead can amount to a repudiatory breach of the implied term of trust and confidence.

The case related to a teacher accused of using unreasonable force against pupils on three separate occasions; the employer suspended in advance of investigating the allegations – the employee resigned on the same day.

The key points of focus in the decision were the perceived failings by the employer in:

The court found that had a meeting occurred, the employer would have discovered that two of the three allegations had been dealt with previously. The original employment tribunal decision determined that the allegations were a reasonable and proper cause for suspension of the employee to protect the children.

The court also found there was no witness evidence from the employer to support its decision, and therefore the employment tribunal judge had no basis to form this view.

The case referred to Gogay v Hertfordshire County Council [2000] EWCA Civ 228, which found that suspension of a care worker accused of child abuse amounted to a breach of the implied term of trust and confidence.

In this case, a child talked during her therapy about the employee in a way which led to a decision to hold an investigation under section 47 of the Children Act 1998, and as a result the employer decided to suspend, pending the outcome of the investigation.

The court made an issue in the way the letter of suspension was drafted – “The issue to be investigated is an allegation of sexual abuse made by a young person” – which caused the employee to suffer from severe depression, and it found that the employer had no reasonable ground to suspend.

In light of these two cases, employers considering whether to suspend are placed in a difficult position.

Must they now keep an employee in place to avoid the stigma associated with suspension, risking that the allegations could be well founded? What about the implications to the employer if the allegations are genuine and they left the employee in the workplace working – as in these cases – with vulnerable individuals?

How, as employment law professionals are we to advise on this? It’s now a few months down the line and I am still finding that many commercial clients and HR professionals seem to be unaware of this important decision. So, when is it reasonable for our employer clients to suspend?

In general terms, suspension remains – at least in principle – a neutral act, particularly where it is on full pay; I don’t think the decision in Agoreyo has changed this.

However, it has made me reconsider what practical advice we must now give to clients considering suspension, to avoid it being considered a ‘knee-jerk’ reaction, and potentially amounting to a fundamental breach of contract.

Ultimately, the decision is for the employer to weigh up which risk they’d prefer to take; the suspended employee claiming a breach of the implied trust and confidence in suspending them; or the risk of negligence in having allowed the employee to continue to work.

As well as advising them of the risks, the following are steps I will be advising commercial clients to take:

With these in place I believe an employer should be well positioned to show that they can demonstrate a ‘reasonable and proper cause’ to suspend, if that is the path they choose to go down.