Stay away from Delphi – and self-fulfilling prophesies 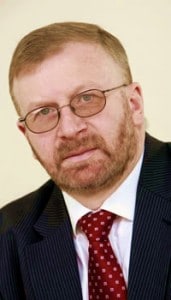 Finlyson: if your work is disappearing, then do something else

I noticed this morning, as I flitted through the various legal news sites and blogs, that there is still substantial debate going on as to whether we are a doomed profession. There is the debate about whether QualitySolicitors is the right or the wrong way forward, whether Barristers would be better at offering one-stop litigation services, whether 2011 will be the year of law firm mergers, whether there is another wave or redundancy on the horizon, and whether there are too many solicitors.

Are we, as a profession, in danger of talking ourselves into extinction simply by not saying enough that is positive?

Hardly are we into January and it seems that the soothsayers of doom have started crying “Woe, woe and thrice woe” about the future of the legal profession. Where is Frankie Howard when you need an injection of realism and an appalling pun to lift the spirits?

The problem, so far as I see it, seems still to be that many solicitors don’t want to change the way they offer services, despite the fact that all of the indicators would seem to be that everyone else does.

The government is intent upon reforming (which interestingly is an anagram of “goner firm”) legal aid. The Legal Services Consumer Panel is backing the provision of one-stop litigation services by barristers. The Solicitors Regulation Authority wants radically to change the way indemnity insurance operates. Alternative business structures (ABSs) are on their way. High street practices are forming themselves into groupings. Oh, and there is this thing called the Internet.

Despite this, the discussion boards and blogs are full of those extolling the virtues of the past and quibbling over details. For example, an article on the Gazette website about QualitySolicitors opening up in a shopping centre produced a barrage of often vitriolic comments about issues such as confidentiality and the rights and wrongs of referrals fees. OK, so possibly time will show that QualitySolicitors have not got it right. But, on the other hand, it may very well prove that they did, and at least they are doing something about the future rather than just moaning about how unfair life has become for the average high street law firm.

This week the Gazette is reporting that property specialists are predicting “a ‘significant’ fall in the number of conveyancing firms in 2011, as regulatory pressures on the profession rise and transaction volumes drop” whilst Today’s Conveyancer is carrying an item about conveyancing locums and predicting that “the future for conveyancing locums looks very bleak” as firms close their residential conveyancing departments and former employed practitioners try to get into the locum market.

This surely comes as no surprise – the property market has been dormant for some not inconsiderable time and yet still there are firms who seem to be surprised by the fact that they are having a tough time surviving as property lawyers.

It was, I believe, Walt Disney who said “I’ve heard there’s going to be a recession. I’ve decided not to participate”.

Firms who are at risk need to take charge of their futures and not just to be helpless victims. If the area of work which they carry out is disappearing, then do something else. If people want CDs, don’t continue to offer them records or cassettes.

Yes, there are challenging times ahead for many firms. Yes, some will cease to exist. Yes, there will inevitably be more job losses and practice closures. However, and this is an important “however”, there will be fewer job losses and firm closures, and fewer opportunities for those from outside the law to muscle in on the profession, if firms are prepared to change the way in which they do things so as to meet the expectations of clients rather than the prejudices of partners.

Whether you like it or not, by the end of 2011 you will be somewhere. Whether it is a place you want to be depends upon you. It is less likely to be where you want to be if you don’t take control of the direction in which you are heading.

So, if you cannot do what you did, then look at doing something else. It might not be easy, but then neither is going out of business.

If you know you cannot do anything else, or you feel you are too old or too tired to try, then get out now while the going is reasonable and you still have a chance to make a decision. Closing your firm down in a structured and sensible way beats the hell out bankruptcy or intervention.

Don’t close your mind to new business models or fall back on the old lawyers habit of picking holes in the detail whilst ignoring the bigger plan. Instead of “yes but…” say “yes and…”.

Avoid being drawn into the doom and gloom of Senna the soothsayer. If we don’t talk up our abilities as a profession and the benefits that we offer clients, then no one else will, and the fewer of us there are who believe in the future, the easier it will be form outsiders to move in.