Stagnant and stable? The election and the property market 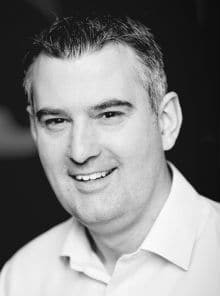 Lloyd: market will be stimulated whoever wins

The past year of the uncertain and unknown has led to a property market that is flat-lining. Our latest Conveyancing Market Tracker shows that conveyancing volumes between Q4 2016 and Q1 2017 produced the smallest quarterly change on record.

Meanwhile, house price growth is slowing and estate agents report the level of stock of housing coming onto the market has reached record lows. Buyers, sellers and investors are adopting a ‘wait and see’ approach. While understandable, this is contributing to the market stagnation.

The Prime Minister’s pitch to the electorate is “strong and stable” leadership during a period of Brexit negotiations. But the present reality is a stagnant but stable market. And the election, at least in the short term, is adding to the uncertainty. Could the result mean a time of opportunity and growth is just around the corner? Or just another bump in the long-term trend? What could the election mean for the property market?

The UK housing crisis has been upheld by the simple principle of supply and demand – the lack of supply in the housing market has pushed prices to record levels. Like many others within the industry, Search Acumen has long called for a greater push in housebuilding to redress this critical shortage and restore some balance to the market.

Parties across the spectrum are now taking note, with housebuilding a foundation for each party’s housing policy. The Conservatives have claimed they will fulfil their 2015 commitment of one million new homes by 2020 with a further 500,000 by 2022. Labour is promising a similar deal, with one million new homes, of which half will be ‘real’ affordable homes built by housing associations. The Lib Dems are pledging to build 300,000 a year.

These are big numbers, and many in the housebuilding industry will question whether any of them are achievable. If the parties do honour their pledges in government, Britain will see a boom in housebuilding whoever is victorious on Thursday.

An increase of housing stock on the scale being pledged by these parties will serve to stimulate the market and increase transactions and activity for conveyancers, something that is much needed to buck the stagnant yet stable trend we are witnessing.

Some 250,000 people abandoned the dream of home ownership last year, according to recent research by the Home Owners Alliance. This is not only disheartening for a nation of proud homeowners but also worrying for the market. It’s therefore unsurprising to see all three parties introduce policies to help first-time buyers onto the property ladder.

The Tories remain committed to Right to Buy, and will extend this by building new fixed-term social houses to be sold privately after 10-15 years with automatic Right to Buy for tenants. This is in direct contrast to Labour, which has pledged to abolish Right to Buy should it win.

First-time buyers are a key source of activity for conveyancers, and stimulate the market in times where existing homeowners prefer to stay put rather than move. With stamp duty changes causing stagnation at the top end of the market, policies proactively helping first-time buyers onto the property ladder would help to keep transaction and activity levels both healthy and buoyant.

The future of the Land Registry

The Conservatives have pledged to use digital technology to release “massive value” from land that is currently unrealised through combining the Land Registry, Ordinance Survey, the Valuation Office Agency, the Hydrographic Office and Geological Survey.

As long-term advocates of open data, we are certainly encouraged to see the Conservatives recognise its value. However, we question how achievable this task really is as combining complex organisations such as these into a single body will not be an easy feat.

Labour’s vision for the Land Registry is more modest, to keep it in public hands in the interests of transparency. While some may view this as underwhelming in comparison to the superlative claims of the Conservatives, the value of a public Land Registry should never be underestimated.

As the prospect of privatising the Land Registry has slipped on and off the government’s agenda, Search Acumen has remained a staunch advocate on the need for the service to remain public – a public Land Registry is the lynchpin of the data revolution for the property industry.

With potential buyers, investors and sellers having put their property plans on pause ahead of the general election, the market is likely to see a pick-up in activity as would-be buyers resume their property ambitions once greater certainty emerges.

However, the polls have been suggesting a Conservative majority for some time, and so a hung Parliament or a Labour win could result in another short, sharp shock for the property market.

Looking ahead to the long term, with all parties pledging to build new homes by the millions and further committing to help first-time buyers, regardless of who is elected on 8 June, the property market will receive some form of stimulation and the big uplift in activity that has been long awaited.

While many conveyancers may not have appreciated the slow-down that another general election has brought about in the market, it has sparked an important conversation on how to establish a sustainable market that works for all. Whether the victorious party’s policies will achieve this, will of course remain to be seen.