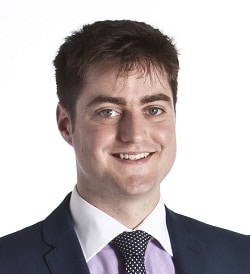 Earlier this year, the Solicitors Regulation Authority (SRA) set in motion changes to the way in which it licenses alternative business structures (ABSs) following criticism that its processes were prejudicial to multi-disciplinary practice (MDP) applicants.

Confirmation that the LSB had approved the proposals was met by the usual self-serving SRA press release. Chief executive Paul Philip stated that the changes would “pave the way for other potential MDPs to come forward”, adding that this development was an important milestone in “increasing competition and encouraging growth in the legal services sector”.

It is plain that the SRA is keen to be seen as innovative, forward-thinking and ultimately the ‘regulator of choice’ when it comes to MDP ABSs. However, when you look beyond the hype of this development and consider the detail, it becomes clear that the SRA’s methodology in licensing MDPs is fundamentally flawed.

Whilst this development is positive in that it removes an unnecessary regulatory requirement, it is still only likely to benefit a very small number of MDPs. Why? It boils down to the fact that the SRA’s definition of MDP is limited to single legal entities and does not extend to group structures.

In an attempt to address this issue, we have engaged with the SRA about the possibility of it licensing ‘TopCo’, the ultimate holding company, as an MDP ABS and then reaching agreement as to which subsidiaries must be regulated by the SRA and which are already subject to sufficiently-robust regulation. Sadly, at least for now, the SRA has simply responded to this proposal with a resounding “no”.

So, what does this mean? The upshot is that any prospective MDP seeking an ABS licence through the SRA will be required to consolidate its business into a single legal entity. Not only does this policy restrict the size and scope of MDPs, it limits the appeal of ABSs to large, established businesses which could potentially use disruptive technologies to enhance client care and improve access to justice.

Prior to the inception of ABSs, ‘Tesco Law’ was a crude phrase often used to describe the anticipated influx of blue-chip companies applying for a licence. But what are the chances that a business even one tenth the size of Tesco would trade through a single legal entity?

We do not profess to be accountants or corporate financiers here in Compli, but we are nonetheless confident that consolidating a MDP which is organised into a group of companies into a single legal entity is unlikely to be endorsed as tax- or otherwise-efficient by a specialist.

From an economic point of view, it is difficult to see how the SRA’s approach to licensing MDPs will increase competition or foster growth in the sector. With regard to the latter, the Department of Business Innovation & Skills (BIS) is actively seeking to promote amongst regulators (including those in the legal sector) the duty to have regard to growth, particularly in the context of small- to medium-sized businesses. We understand that a consultation will be launched shortly proposing the introduction of a duty on regulators to ensure their rules and policymaking have sufficient regard to economic growth.

We intend to respond to the consultation and would urge anybody with views on the subject to do the same in the hope that the SRA will, for the benefit of the profession, become the truly innovative and forward-thinking regulator of choice.

One final point: what is the role of the LSB in all this? In January of last year, the oversight regulator issued a formal notice to the SRA under section 55 of the Legal Services Act requiring an explanation as to why there was such a backlog of ABS applications and how the SRA planned to remedy the situation. Efforts were subsequently made by the SRA to streamline the application process and the LSB stopped short of launching a formal investigation, acknowledging improvements and vowing to monitor progress going forward.

More recently, in July of this year, the LSB launched a renewed strike on the SRA by criticising what it described as an ‘over-engineered’ approach to regulating MDPs and to approving non-lawyers generally.

However, the effect of LSB’s constant criticism is diluted by its ratification of SRA proposals such as the latest MDP development. Whether it is through a formal investigation or assisting BIS in its attempts to promote the growth duty, the LSB should be playing a pivotal role in holding the SRA to account.