Guest post by Brett Dixon, president of the Association of Personal Injury Lawyers, ahead of tomorrow’s justice select committee hearing into government plans to raise the small claims limit for PI 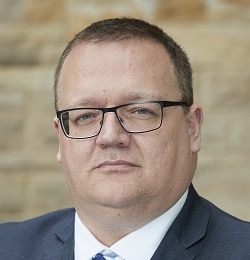 Dixon: Insurers have saved billions of pounds on PI claims over the past five years

Successive governments have considered increasing the small claims limit for personal injury claims, at the behest of the insurance industry lobby, from £1,000 to £5,000. But the lower limit remains unchanged because, so far, evidence and reasoning have prevailed.

The last time the government tried to implement an increase was in 2013 when it concluded that it would keep the issue under consideration for implementation “when appropriate”. Nothing has happened to suppose a small claims limit of £5,000 is any more “appropriate” in 2018 than it was in 2013.

In its response to its 2013 consultation, the government also said that it would be “sensible and pragmatic” to consider the impact of other reforms before embarking on a change. We are still waiting for the results of the review of the Legal Aid, Sentencing and Punishment of Offenders (LASPO) Act 2012.

There is every indication, though, that LASPO did in fact have a significant impact on the cost of claims. It is a well-established fact that insurers have saved billions of pounds on personal injury claims over the past five years while the cost of premiums to consumers has reached record levels.

Looking at just the first three quarters of 2016 and 2017, the cost of personal injury claims to insurers fell by 10%, or £263m. The arguments for an increase in the limit have come to be even weaker than they were in 2013.

The very latest figures from the Compensation Recovery Unit, acquired by APIL through a freedom of information request, show that the number of claims for neck, back and whiplash injuries have continued to fall. But motor claims classified as ‘other’ have increased year-on-year since 2012/13. Plans to include all RTA cases in the £5,000 small claims limit have the potential to affect more people who do not have whiplash and whiplash-related claims (i.e. the neck and back injuries) and fewer people who do.

To implement a system in which injured people must fund their legal representation or go without it is to bulldoze over access to justice – a cornerstone of civilised society.

Many injured people will not have the cash flow to pay for legal help. Many also will not have technical knowledge or capacity to deal with online procedures, automatically putting them at a fundamental disadvantage if they go it alone.

In a YouGov survey commissioned by APIL, two-thirds of people with experience of making a personal injury claim said they would always use solicitors and legal professionals to represent them. They would know. The government would do well to listen.