Silence of the lambs 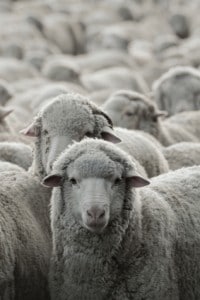 So let me state something that at least appears obvious. The Solicitors Regulation Authority (SRA) is a public interest regulator. It behoves such an organisation to be open and transparent wherever possible. Yesterday I witnessed an example of the SRA doing everything but that. Yes, I’m afraid that I am back on my longstanding hobby horse of transparency (or lack of it) in the legal profession.

The agenda for yesterday’s open session of the SRA board was not thrilling, in truth (and was only published the day before, when my understanding is that board papers should be published a week before the meeting – this hasn’t happened for many months). But the debate I and other observers were keen to see was over whether to scrap the requirement that solicitors can only refer clients to independent financial advisers.

To some solicitors this is an important issue, as it is, of course, to the financial services industry – plus there are implications for potential alternative business structures owned by financial services organisations. There are strong views on both sides, some of which have been reflected on this website and on several others, including the financial services press, which has taken a close interest. It is fair to say that the SRA’s initial (and indeed final) position that the current rule be changed was controversial.

Unusually the SRA issued a press release on Monday that almost pre-empted the decision by explaining what recommendation was being put to the board and making it sound like this was likely to be the outcome (which, in fairness, is usually the case). As I suggested on Monday, I suspect this was an attempt to take control of the story before people like me read the papers going to the board and wrote our version. It didn’t really work.

So to the board meeting yesterday. I and other members of the press sat there eagerly, waiting for the debate to begin once executive director Richard Collins had set the scene. Instead, silence fell. Chairman Charles Plant observed that it had already been heavily debated during a previous private session of the board. And then it went through on the nod.

The papers before the board showed that the SRA received 62 responses to its consultation on the change (which is a good number by the standards of SRA consultations). Some 22 respondents supported the move, while 26 wanted to retain the status quo. This neatly illustrates how divided views are. There was clearly a debate to be had to challenge the executive’s reasoning. And clearly a debate was had. But what was said in it, and who said what, will forever remain unclear.

Why? The reason I am always given for bodies like the Legal Services Board not holding open meetings is that it would inhibit the frank exchange of views. Much though I protest, if only to keep the pressure up, I of course understand this; I would love to chart every twist and turn of policy development, but it is reasonable to keep the early stages behind closed doors.

But I would argue there are some issues where the frank exchange of views should be heard in public, where those with a stake in the outcome can learn about the decision-making process, rather than just read the paper that went to the board, or the press release sent out afterwards. On this count, the SRA board failed miserably yesterday – and I wish it was for the first time, but it’s not. It is with increasing frequency that issues which must have been heavily debated in private go through without a murmur during the public session. I can’t remember the last time something was knocked back.

Does the SRA board hold the executive to account? Do members question in forensic detail and thoroughly test the reasoning behind recommendations? Or are they a supine bunch of place-holders who do what they are told? No doubt it is the former, but from the evidence of my eyes at SRA board meetings, I couldn’t tell you that for sure.

If you’re going to have a public session, make it worthwhile, rather than just a fig leaf of transparency. More than one SRA board member has in recent months expressed sympathy with me over how little debate there now is in public session, but it is usually couched along the lines of “If it were up to me…” before they shrug their shoulders. Another told me yesterday (jokingly, I think) that if I kept on complaining about this, the meetings may end up being entirely closed. But if all future public sessions are going to be as pointless as yesterday’s, then they might as well be.