Andrew Whitehouse of corporate finance house Smith Square Partners – which is targeting the legal market after tying up with ABS Advisory Partners – says that with consolidation set to accelerate, converting to a corporate structure is the best way for law firms to take advantage of it 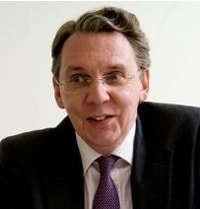 In the immediate aftermath of Big Bang in the 1980s, a handful of people predicted that an unprecedented wave of consolidation would occur in the investment banking industry. Their thesis was that, over a 20-year period, a handful of very large players would come to dominate the market globally.

At the other end of the food chain, specialist boutiques would thrive in niche areas but generalist UK-focused merchant banks had no future unless they evolved rapidly. Most merchant banks laughed at this analysis. They aren’t laughing now. They no longer exist.

Read across to the legal services sector

Will the legal services sector go the same way? Probably not. There are material differences in the way in which investment banking and legal services are delivered. Lawyers don’t need significant amounts of capital to give legal advice. International reach is not a major issue except for the largest law firms. And the number of retail customers who buy legal services is significant.

All of this suggests that the UK can support far more law firms than it can investment banks.

But that’s not to say that change in the legal sector isn’t coming. It is. This article attempts to shed some light on what form it might take.

The case for consolidation

There has been a lot of commentary in recent months about the implications of the Legal Services Act. In our view much of it has been wide of the mark. The alternative business structure provisions of the Act permit, for the first time, external investment in law firms. But it does not follow that such investment is inevitable.

The initial interest shown by private equity houses in investing in law firms has cooled and IPOs have been few and far between of late. In other words, there is currently very little external capital available for investment except in highly specialised areas of the law.

That said, the Act has prompted many law firms to begin to think a lot more strategically. And as they have done so, it has become apparent that the commercial landscape they face going forward is likely to be very different to the one they have grown up with.

From the 1980s until 2007 lawyers, like many other professional services businesses, enjoyed an almost uninterrupted period of revenue growth. To support this growth the fixed cost bases of law firms expanded. New offices were opened; new people were hired. And profits per equity (PEP) partner in the sector – the industry’s holy grail – followed an inexorable upward trajectory.

Then the financial crisis hit. For the first time in a generation the cost side of the P&L came under scrutiny. PEP began falling and lawyers, including partners, started to get fired. This undoubtedly came as a bit of a shock to the industry. But most people thought the pain would be temporary and that after a few adjustments business would return to normal. That was then.

Five years on things appear rather different. There is a dawning realisation that life will probably never return to the good old days. Too much has changed permanently. At the ‘premium’ end of the corporate market – where the magic and silver circle firms operate – the pain is probably least acute (though competition from US law firms remains a real threat).

In the mid-tier, traditional pricing structures are under serious strain, with margins still heading in the wrong direction five years after hitting their peak. And at the commodity end of the market, the Internet and a corresponding change in consumer purchasing behaviour is driving a rethink of the entire business model. One has only to look at Quality Solicitors (an entirely new entrant to the market that has already captured significant market share) to see this.

And the other striking change that has occurred in the last few years is that lawyers themselves are becoming more and more mobile (a theme I will return to in a moment). Gone are the days when articled clerks progressed through the ranks of the same firm over a single career spanning 40 years.

So it isn’t so much the Legal Services Act that has brought the theme of industry consolidation into focus as the commercial landscape in which lawyers are operating. There are simply too many law firms with the wrong cost structures chasing too little business. In these circumstances, consolidation is almost inevitable.

Early signs of it are already visible. At the volume end of the market 2012 has seen the acquisitions of Silverbeck Rymer by Quindell, Russell Jones & Walker by Slater & Gordon, QualitySolicitors by Palamon and Parabis by Duke Street (the last two being examples of outside capital backing ‘buy and build’ strategies).

So where do we go from here? How much more consolidation in the industry are we likely to see? Over what period of time? And what form will this consolidation take?

We do not subscribe to the view that an investment banking type wave of consolidation is suddenly about to sweep through the legal sector. Equally, however, there seems to be some complacency in the industry about how many law firms are likely to survive in the medium to long term.

As outlined above the commercial landscape going forward suggests that some contraction in the number of law firms is almost inevitable. It’s probably not too fanciful to think that of the 200 largest firms in the UK today, perhaps only half will survive. And generalist, smaller to mid-sized law firms operating without clear specialisations look, to us, to be particularly vulnerable.

Over what period of time might this occur? That’s more difficult to predict. It could take a while. But extrapolating from other sectors, it’s fair to say that, as a general rule, once consolidation in an industry starts, it tends to accelerate relatively quickly.

Finally – and perhaps the most intriguing question of all – what form might this consolidation take? Already two distinct models are visible. Of the four transactions at the volume end of the market that have been announced in 2012, all have been structured as genuine acquisitions (ie, where the acquirer pays goodwill for the business being acquired). So, for instance, Slater & Gordon acquired Russell Jones & Walker for a combination of cash and shares in a transaction valuing the latter at £53.8 million, a multiple of approximately 1x 2013 turnover and 4.9x 2013 EBITDA (earnings before interest, taxes, depreciation and amortisation).

The alternative model – and the one that currently seems to be favoured by the larger, corporate firms – involves the merging of two partnerships under a structure that sidesteps the issue of what each firm is actually worth. Effectively this model involves stapling two partnerships together (without any consideration changing hands) and addressing the economics of the combined entity through future employee remuneration rather than by reference to relative value at the point of merger.

For cultural reasons many law firms are likely to be more attracted to the second model. But in our view the ‘winners’ in the consolidation game are likely to be those firms that take the trouble to understand the first. Here’s why:

In other sectors, public companies have a significant inbuilt advantage over private companies or partnerships in making acquisitions because they have a currency (tradeable shares) that enables them to fund such transactions without recourse to the debt markets. Here the distinction is likely to be between law firms that have genuine equity (whether tradeable or not) and those that remain as lockstep partnerships.

Those that do corporatise are likely to hold a similar advantage by being able to offer tangible consideration to the partners of the law firms they wish to acquire which, in turn, will incentivise them more directly to work towards the economic success of the combined entity.

The process of converting partnerships to corporate entities (or partnerships with corporate entities underneath them) will not be straightforward for most law firms – particularly those that have overseas earnings. But in our view the effort of doing so will be worth it – not only because it will facilitate the process of making acquisitions, but also for another arguably even more important reason.

As the pace of consolidation quickens in the legal sector, lawyers themselves may become more, rather than less mobile. Already is it common to see entire teams moving from one firm to another. In a rapidly evolving market, this trend may well become even more common. The best lawyers will inevitably gravitate towards those firms they perceive to be the ‘winners’ in this brave new world.

And, irrespective of whether these ‘winners’ have joined the acquisition trail, if they are able to offer lateral hires (or, indeed, their own star performers) genuine equity in their business, they are more likely to be able to retain the best talent.

Lawyers today probably face more difficult strategic challenges than at any time in the recent past. There is no ‘one size fits all’ solution. But converting to being a corporate entity seems to us to be a fairly intelligent place to start.

Andrew Whitehouse is a partner of Smith Square Partners, a corporate finance advisory firm founded by a number of former senior investment bankers which focuses on the UK mid-market