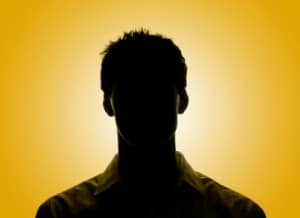 Out of the shadows: the search for context goes on

It has taken around five years to reach the point of publishing the names of firms against whom complaints are made. A process begun by the Legal Complaints Service and then handed on, with some relief, to the Legal Ombudsman (LeO), it has caused much huffing, puffing and argument.

My initial reaction when going through the list was how underwhelming the information actually was (which, in fairness, Chief Ombudsman Adam Sampson had previously flagged up to me was likely to be the case). What conclusion can anyone draw about the many law firms on the list about which one complaint had reached an ombudsman decision but then no remedy ordered, meaning they had in fact dealt with the matter properly?

And even those against whom a remedy was ordered were generally the subject of one or two complaints in the quarter – hardly a conclusive sign of terrible practices.

But I am coming at this with a knowledgeable and understanding eye, and there may be those who see no smoke without fire, however unjustified that may be in these circumstances.

Crucially, the information does require accurate reporting. One insurance magazine mangled it, for example, by failing to distinguish between the number of decisions and the number of remedies ordered. It said that “the ombudsman made six decisions against personal injury law firm Irwin Mitchell”. No, it didn’t. There were six decisions made, but no remedy ordered in any of them, so it is wrong to imply that the decisions went ‘against’ the firm.

So the obvious question is whether it is right that those firms which did not face a remedy order should be included in the list at all. Speaking to me yesterday, Mr Sampson acknowledged that this was a judgement call on the part of LeO – the aim is to put the data, good and bad, and the number of remedies into some kind of context. The likes of Irwin Mitchell, he suggested, should be celebrating that their conduct was not impeached. I wonder if they are.

Previous LeO statements have also indicated that it did not want to put out a one-sided list of miscreants, which could have a disproportionate effect on those named. Further, Mr Sampson observed that LeO, like other public bodies, is now expected to adopt a policy where more data is put into the public domain rather than less. Add in the Legal Services Board’s push to give consumers far more information to help them judge the quality of legal services, and it all goes to show that there is no perfect solution.

I do wonder, however, whether part of the motivation of including the ‘innocent’ is to put to bed the phrase used by most journalists – including, in the past, myself – that this is an exercise in ‘naming and shaming’. It didn’t stop one legal magazine yesterday describing it as the “list of shame”.

The size of remedy is also a dangerous proxy for the seriousness of the complaint. One report I read yesterday focused on the firms that had been told to pay large amounts of compensation. The FAQs again: “Remedies can be made up of lots of things, not just the compensation we award. For example, a lawyer helping someone to buy a house could make a small mistake but, because of all the money involved, it could cost a lot to put the mistake right: that would mean the remedy would be very high. If the lawyer made the same mistake when they were doing different work, the mistake might be much cheaper to put right.”

Let’s just hope users actually read the FAQs before forming a judgement on a particular firm. But how likely is that really? Incomplete data is potentially more dangerous than no data at all.

Of course, this is just one quarter’s data; as the picture builds over the coming months and years, there may be trends which do provide useful pointers.

The issue of context has always been key to this debate and will continue to be as we start to see how this information is used (when will the first law firm comparison site start using it?). We have yet to find out what the Daily Mail makes of it, having in May run a story with the headline: “Shaming the rogue lawyers: list of Britain’s worst solicitors to be published for the first time.” I suspect context will be in even shorter supply.