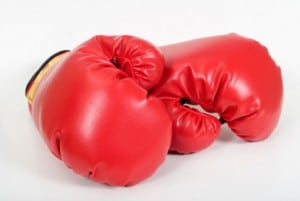 Fight for the right: the Law Society gots its punch in first, but the LSB came back strongly

The internal governance arrangements of the eight approved regulators undoubtedly seems like very dry and unimportant stuff to the vast majority of practitioners, but it matters – a lot – to the regulators themselves and those tasked with overseeing them. It should not be forgotten that in the days before separate regulatory arms, the perception that the likes of the Law Society and Bar Council were putting their members’ interests ahead of the public’s was a significant driver for change.

So the punch-up we have witnessed over the past fortnight (and by the standards of this world, a punch-up is exactly what it has been) is fascinating for regulation geeks such as myself. First to come out swinging was Law Society President Robert Heslett in his much-reported speech to Said Business School in Oxford. Though the language about threats to independence and the LSB’s powers is somewhat coded (as a result of a late redraft, we understand), he sent a clear message to the Legal Services Board (LSB) to back off.

LSB chairman David Edmonds is not a man to go down easily, however, and used an address to a Law Society Council meeting no less to deliver his counter-punch, casting doubt on how the society is going about its relationship with the Solicitors Regulation Authority (SRA) and feeling the need to warn council members against trying to exert any control over their regulatory arm.

The unexpected follow-up came less than a week later from Dr Dianne Hayter, chairwoman of the Legal Services Consumer Panel. Not only did she criticise the society for failing to deliver on time its certificate of compliance with the LSB’s internal governance rules, but she also indicated that she is not prepared to wait until the terms of the current members expire in 2013 for there to be a lay majority on the SRA board. She urged the LSB to be tough – will its hierarchy be stung by the implication that they are not at the moment?

From the outside this looks like the super-regulator and the big beast of those it oversees sending warning shots whistling past each other’s bows. The LSB, remember, is still finding its feet – it only assumed its full powers less than six months ago and there has long been a concern that the board will use constant activity as a way to justify its existence. Certainly many have struggled to keep up with the stream of consultations and the like over the past 18 months. Equally there is no longer any secret in the fact that there have been considerable tensions between the Law Society and SRA over the years (an experience not seemingly shared by any of the other regulators, it is worth noting).

But then this is the new reality of legal regulation. The whole point of the Legal Services Act is to change the way things are done in the profession. Lawyers are no longer masters of their own destiny – not that they really were before the LSB came on the scene, but it seemed more like it. The sooner they realise this, the better.