Saving on the cost of lifeboats on the Titanic 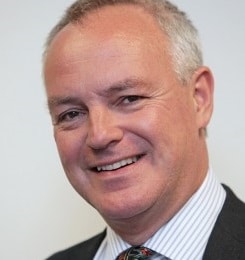 The proposals by the Solicitors Regulation Authority (SRA) for reform of compulsory professional indemnity insurance (PII) for solicitors in England & Wales include a reduction in cover to £500,000 (£1m for conveyancing) and exclusion from compulsory cover of the protection for commercial clients whose turnover is in excess of £2m.

The proposals also include an aggregate limit of run-off cover of £1.5m (£3m for conveyancing). These limits include claimants’ costs.

Leaving clients, solicitors’ staff, and those solicitors and staff who have retired from the profession, to the fate determined for them by those who decide how much cover to buy is like holding the passengers and crew on the Titanic responsible for their fate.

Financial losses may appear less important than human lives, yet the claimant who is denied compensation through the proposed reforms may be not a bank but a brain-damaged child with a failed clinical negligence claim who needs the money to live, or a widow who has lost her house.

Insurance is intended to protect against large, unexpected losses, not routine low level losses – a point seemingly lost on those who advocate reform.

The regulatory requirement to ‘assess and purchase the level of professional indemnity insurance cover that is appropriate’ provides no comfort, and it presupposes that cover can be bought at all: a firm with a claims problem, and particularly one which has closed and may have exhausted its run-off cover, may not be able to buy additional cover at any price, or there may be no money to pay for it.

Nor can employees, in practice, buy their own cover, contrary to the erroneous assumption made by the Court of Appeal in Merrett v Babb [2001] EWCA Civ 214, where an ex-employee of a failed firm of valuers and surveyors was held personally liable to a former client, a scenario which solicitors and their staff will face if the SRA has its way. PII is not a simple consumer product which can be bought over the Post Office counter.

The SRA says that 98% of claims fall under £580,000 (based on incomplete, out-of-date figures which under-reported claims by omitting insurers which had left the market and also predating the recent spate of identity and banking frauds). Defying logic, the regulator then proposes a lower limit of £500,000: the Titanic had sufficient lifeboats to meet regulatory requirements, but not enough to protect all those on board, an epic case of regulatory failure.

Aesthetics were the driver in the case of the Titanic. For the SRA, it is more a case of theoretical regulatory principle, and a desire to make small cost savings.

Any cost saving is not only minimal and pointless, but illusory: the proposals are far more likely to increase the cost of solicitors’ PII, because the regulatory requirement to buy an ‘appropriate’ amount of cover means that, after firms have taken account of the SRA’s own figures, most will have to buy top-up insurance which will cost more.

Like travel insurance for the passengers, it will not provide the same protection. And it may not be available for all firms as insurers are pulling out of the market for the first layer above the primary limit.

Since the level of compulsory cover was last increased in 2005, the incidence of large claims has grown, property prices have risen substantially and high-value personal injury and clinical negligence awards are also significantly greater.

Those of us who advise on coverage are seeing far more cases where insurers are taking points on aggregation. (See the Supreme Court decision in AIG v Woodman [2017] UKSC 18, whereby multiple claims may be subject to one policy limit, broadly where they are connected in some way.) Would it make sense to reduce the number of lifeboats if the ship became larger?

The SRA’s efforts would be far better directed at the causes of claims, particularly property-related claims (the largest cause), most of which are substantially the same as those in the nineties, which emptied out Solicitors Indemnity Fund. Perhaps it could undertake a thematic review, as it has for other purposes, such as anti-money laundering.

All law firms and users of legal services should be deeply concerned by the radical reforms to PII proposed by the SRA; they also affect the compensation fund. Make your views known: the consultation closes this Friday 15 June 2018.

An article with more detail of the changes and the problems they may cause, which are even more damaging for smaller firms, is here. Even large firms may be at risk – see here.

The Law Society has produced a helpful slide pack here.