Run that past me one more time 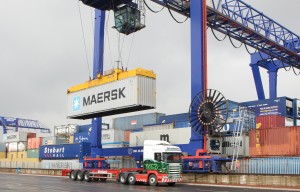 If ever there was a “what the…?” moment since setting up Legal Futures, it was the news that the Stobart Group is entering the legal services market.

The story launched many an attempt at humour on Twitter, but I will gladly put them to one side. One can see some challenges for this venture, not least that while Eddie Stobart is a well-known brand, especially among motorway travellers, it is not known for delivering any services, let alone professional ones, to consumers. You couldn’t describe it as core to a logistics business that owns a couple of regional airports and sources biomass among other things. It will be interesting to see how prominently the service is promoted.

Of course, Stobarts is not delivering the service itself; it is essentially just trying to leverage the brand so as to act as an intermediary between the public and the hundreds of barristers on the panel while taking a bit off the top.

So to me the story is less about Stobarts – easy though it is to get caught up in the image of lorryloads of barristers or the idea of barrister-spotting – and more about the QCs and juniors who have signed up to it. It is, I think, they who should worry solicitors more.

Barristers are becoming increasingly emboldened with the idea of direct access – the other obvious example is the chambers set up by Riverview Law, which, while not quite direct access like that championed by Stobarts, is putting barristers at the head of service delivery, benefiting from the famously low overheads enjoyed by the Bar and, I suspect, the higher regard the public has for it compared to solicitors.

As barristers’ clerk Scott Baldwin wrote earlier this week, some solicitors are highly amused at the prospect of barristers dealing directly with lay clients; certainly undergoing the short Bar Council course required to offer direct access is not going to suddenly turn every barrister into a client service expert. He suggests it is actually an opportunity for barristers and solicitors to work together, rather than in competition.

For, as John Binks noted a few months ago, it may not be as easy as some barristers think. The Bar needs to understand that there is cost associated with attracting and maintaining the client – “it doesn’t just happen, and to date the solicitor has shouldered that cost” – while “the Bar’s perceived direct access client is educated and erudite… The work the Bar seeks to target is, in reality, the cream of private client work”.

But from the other direction the combination of low overheads and quality legal minds (that’s the perception, at least, if not always the reality) makes the Bar a highly attractive proposition to those looking to mould a new service; and there would seem to be no shortage of barristers willing to give it a go.

The key bit to these operations seems to be the back-up for the solicitor-type work. In the case of Stobarts, there is a paralegal arm, a thought that will make many shudder, and it would be interesting to know exactly how this works. Just yesterday I was talking to someone at a well-known consumer name about their as-yet unannounced plans to become an ABS – he too is planning to make considerable use of paralegals, such as law school graduates, to handle the routine stuff that can’t be done by a clever IT system.

Despite the challenges of direct public access, the appetite for it is growing, encouraged by the Bar Council. As Stobarts’ Trevor Howarth notes, with legal aid cuts and solicitors keeping more advocacy in-house, barristers have more capacity, shall we say – particularly, I suspect, the junior Bar. Some time ago I ran an interesting session at a leading commercial set, during which it emerged that while their juniors were busier than ever, this was mainly because they were being led, rather than because they had their own workload.