Has the rule of law ever been more important? 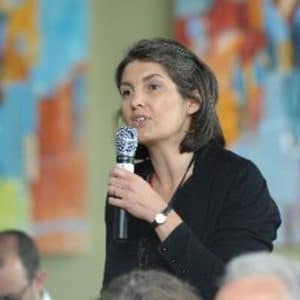 Post-Brexit the separation of powers could be said to be all that is holding this nation together. The Executive is in tatters and Parliament has entered a hiatus without an effective opposition. The only element of our constitutional framework which carries on without pause is the judiciary. It’s a moving proposition to think that those who daily work in courts and public services decimated by cuts are the ones who right now form the only fully functioning element of government.

Last week I read Lord Neuberger’s speech on legal ethics. A brilliant exposition of the challenges individuals and courts have to navigate, I was struck once more by the strength of intellect and character which we as a nation draw upon through our judiciary.

Sounds a bit fawning? Well, I’m not minded to excuse myself. Expertise has been the subject of scorn of late. On one level that view is risible. On another it is sinister; an invitation to close down scrutiny, to stop reflecting, rein in critical analysis and dispense with evidence-based argument. These are core skills for lawyers and are ones which, in my opinion, as a nation we are badly in need of right now.

Later in the week, in my attempts to make some sense of events, I came across barrister Lucy Reed’s excellent Pink Tape blog. She has written a piece about her efforts to obtain publication of the transcripts of Mrs Justice Hogg’s judgment in the Ellie Butler case. Evidently the judgment had once been available on request, but it has now been completely withdrawn with no prospect of publication.

Ms Reed asks why. I think she’s going to keep on asking why, which is greatly to her credit. She is clearly an active custodian of the rule of law, exercising her professional duty in a way which ultimately benefits us all. That’s intellectuals for you.

We are fooling ourselves if we think that Brexit will not have an impact on the standing of British justice in the world. Writing on the Conflict of Laws website, Marta Requejo gave a summary of the conclusions of a recent joint seminar organised by the British Institute for International and Comparative Law and the Max Planck Institute Luxembourg for Procedural Law. The topic was the EU judicial area.

His piece begins with the following observation: “One of the major misunderstandings of the Brexit is that it won’t influence London’s importance as a major place of dispute resolution in Europe.”

The primary reason for this, he explains, is that all EU instruments on common rules for jurisdiction, parallel proceedings and cross-border enforcement will cease to exist after the transitional period. I was never a private lawyer and I can’t claim to understand all the ramifications of the piece. I am worried about the rise of the far right, I am worried my children will have to cope with an era of further social disintegration; there’s a lot to be concerned about.

But those worries are the visible ones, the ones apparent in the immediate aftermath. The weakening of our judicial system, the one thing that’s working even now, makes me very, very worried.