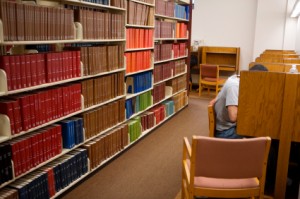 The Legal Education and Training Review report was published this week to a collective ‘meh’. In an age of instant judgements, that it failed to deliver either a devastating critique of the current regime or suggest sweeping reforms for the future seemed to mean to many that it was already destined for the long grass.

Worse still, in the eyes of some (including, dare I say, my fellow hacks), it ran to 350 pages, used some jargon and had been compiled by academics.

I think it’s a decent piece of work (better, actually, than I expected on the basis of papers released during the research phase), but I can’t really improve on this blog by Professor Richard Moorhead on why, as he puts it, everyone is happy with it but nobody is smiling.

Nobody knows exactly what went on in the six months between the first draft being submitted – to time – in December and the final report being published on Tuesday, but the assumption seems to be that it was ‘de-fanged’ in the interim.

This of course assumes that someone needed to sink their teeth into the present system. It’s not perfect, but on the whole seems to work OK (at least up to the point of qualification) – there were a lot of ‘if it ain’t broke, don’t fix it’ comments during the last 18 months.

And even if the team behind the report did think there were deeper problems with the system, they were probably canny enough to realise that they wouldn’t get very far by recommending fundamental change. That’s perhaps why the Legal Services Consumer Panel didn’t get its long-wished-for recommendation for competence testing, even though post-qualification competence is an issue that arguably needs grasping more firmly than making CPD more reflective.

It is important to remember that the LETR was never going to be the final word on reform of education and training – that was not its purpose. It was commissioned by the Solicitors Regulation Authority, Bar Standards Board and ILEX Professional Standards to provide them with the evidence needed for policy making, under the beady eye of the Legal Services Board.

And this, in fact, is where the problem has always lain in my eyes. Whatever the LETR came up with, it is what the regulators then do with it that in the end matters.

If I take one message from the report, and this fits very well with the direction of travel of legal regulation more broadly, it is about common/equivalent standards across the breadth of the regulated legal profession. But I see little prospect of the regulators acting with much unity in response to the report, and it will take a lot of effort by the LSB to bring them into line.

A good example is common training of solicitors and barristers. The report is distinctly cool on the prospect (“the LETR research data demonstrated quite a high level of resistance to complementary or inter-professional training”). But SRA chairman Charles Plant seems determined to push in this direction, even though the Bar is likely to tell him to take a running jump (more than anyone the Bar seems happy with its training regime).

It is a long-running cause. Mr Plant was one of two solicitor members of the last significant review of legal education and training – the 1996 report by what was then the Lord Chancellor’s Advisory Committee on Legal Education and Conduct (ACLEC). This recommended an initial post-graduate common professional legal studies course lasting 15-18 weeks ahead of (for would-be solicitors) six months of in-service training, a 15-18 week legal practice course, and then a training contract of six to 12 months. The report went nowhere except a dusty shelf at the then Lord Chancellor’s Department.

Seventeen years on, maybe Mr Plant sees this as his opportunity finally to get reform moving.

The report does make some radical suggestions – such as introducing a scheme as pioneered in Ontario that would allow regulated independent practice by paralegals, or removing wills and advocacy from the legal practice course and instead having them as separately accredited skills.

But I don’t expect them to come close to happening. The initial focus, I suspect, will be on smaller wins to make the current system more flexible and cut out unnecessary regulation – which will undoubtedly help a good deal – while the bigger work on common day one outcomes, and possibly greater harmonisation of standards, trundles on very slowly in the background. With a new director of education and training about to be announced and Mr Plant’s commitment to making a difference in this area, I expect most of the activity to be at the SRA.

The frequent problem in the legal profession of herding cats springs to mind, and the researchers recognise this. The report says: “The relative failure of previous reports to make substantial changes to [education and training] has often reflected an inability to mobilise the support of key stakeholders, despite the excellence of many of those reports and no lack of endeavour in the attempts to institute reforms.

“As this report shows, many of the themes to be addressed by LETR are not new. The impasse needs to be resolved.”

I’m afraid my confidence that it will be is not high.