Putting the LSB back in its box 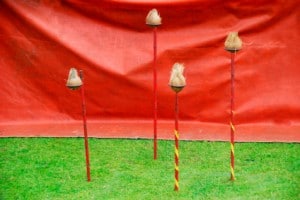 The BSB's submission to the triennial review in pictures

If we are to judge the success of a regulator by the degree to which it really annoys those it regulates, then the Legal Services Board (LSB) has done an absolutely bang-up job these past three years.

It is just over 12 months since I first blogged about whispers questioning the long-term need for the LSB once independent regulation, the Legal Ombudsman and alternative business structures were all up and running. Well, they are whispers no more.

The Bar Standards Board and Bar Council’s separate responses to the Ministry of Justice’s triennial review of the LSB pull no punches. My story cannot do full justice to the relentless pounding they give their oversight regulator, so you can read them for yourselves here and here.

The BSB’s makes for particularly entertaining reading. I have from time to time reported how ticked off many at the frontline regulators are with the LSB – which they see as a micromanaging busybody that goes out looking for work to keep its 30 staff busy – but did not expect this dissatisfaction to be expressed so frankly. Payback, perhaps?

We have yet to see what the other regulators have to say, but given the Law Society’s recent response to the LSB’s business plan consultation, I think it is safe to put Chancery Lane in the same camp. For further evidence, look no further than the statement today from chief executive Des Hudson’s to the LSB’s new interim baseline study on the impact of the Legal Services Act.

“The Legal Services Board has largely fulfilled the purposes envisaged for it in the Legal Services Act and the Clementi report which preceded it,” he said. “This report attempts to extend the LSB remit and risks creating a bureaucratic burden for law firms so as to meet its new data requirements.

“Regulation is not free but rather comes at a price payable by the consumers of legal services. In its triennial review of the LSB, the government should consider how much LSB and its initiatives add to the cost of regulation and what benefit they will deliver.”

Both the Bar Council/BSB and Law Society have their axes to grind. Top of the Bar’s list is probably the LSB’s involvement/interference in the Quality Assurance Scheme for Advocates and standard contractual terms between barristers and solicitors; for the Law Society I should think it is the new internal governance arrangements it has been forced to put in place and subsequently being put ‘on report’ to ensure they are working (word from the LSB is that so far it has seen nothing that requires it to intervene).

Various initiatives – such as the Legal Education and Training Review (LETR) and the staff diversity survey – have irritated many, pursued more because the LSB was pushing them and would have taken responsibility for them itself, had the frontline regulators not stepped up to do them instead.

There is recognition in the Bar’s responses of the LSB’s role up until now, most notably in relation to internal governance and regulatory independence. Equally there is a self-congratulatory tone to the responses that lauds how well the BSB and before it the Bar Council have done in regulating barristers, despite rather than because of the LSB.

It will be interesting to see where the Solicitors Regulation Authority comes down in its response. The new internal governance arrangements at the Law Society have benefited the SRA, but it has a different agenda from the others in that it has its eyes on becoming the sole regulator of all lawyers in the long term (a move that would sweep away the LSB as well). I have blogged about this more than once, and while some influential people I speak to can see a single regulator as a very plausible direction of travel, not all of them think it will automatically be a reformatted SRA.

I struggle to see how you could do away with the LSB given the current regulatory set-up. Even if you accept the contention that it has overstepped the mark by being proactive, rather than supervisory – and this is a matter of interpretation of the Legal Services Act and Parliament’s intention when passing it – there are still things to supervise and regulatory objectives in the Act to uphold.

The BSB says that once the regulatory standards framework is in place (an LSB initiative, lest we forget), this should ensure that all activity undertaken by each regulator “properly interprets and reflects the regulatory objectives in all cases. The LSB should not be needed to ensure ongoing compliance once the systems are embedded”. I don’t buy that – some sort of oversight will still be needed, and does anyone really want that coming directly from the Ministry of Justice?

The LSB will cost the legal profession £4.5m in the next financial year, a 9% reduction on 2011/12. It says it is only as busy as the activities of the frontline regulators make it. I don’t buy that either – the LETR was its initiative, for example, and the LSB is clear that it expects radical change to result. This appears to be prejudging the outcome.

I’m genuinely not sure where the right balance is and whether the LSB has gone too far. The frontline regulators are full of people who are not keen on being told what they should and shouldn’t do. The LSB is still a culture shock, even after three years. I suspect they see the triennial review less as a chance to abolish the LSB and more as a once-in-three-years opportunity to put it back in its box.