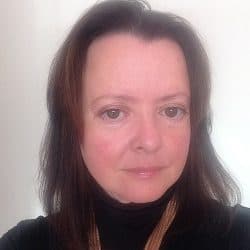 Hogg: Protecting clients is not a cheap day out

So we are about to launch head first in to another great legal services experiment. Away with all those restrictive practices that successive governments consider so heinous. All hail innovation and market forces. The new SRA Handbook will come in to force on 25 November 2019 and solicitors will be able to provide legal services through unregulated businesses.

Of course, where you stand on the question of protectionism all boils down to who you think is being protected. Those fat-cat, pin-striped lawyers who charge a fortune for a letter must exist, the tabloids and MPs are always taking about them. Or do you think that the debate should be about who really does need protecting?

Allow me to digress a little and take you on a detour to the land of the rogue solicitor. Competition for medals at the Dodgy Solicitor Olympics is strong.

There was Michael Relton, who aided and abetted the laundering of the Brinks Matt money. We cannot have a sensible discussion about dodgy solicitors without mention of Bhadresh Gohil who assisted James Ibori, a former governor of Delta State in Nigeria, in laundering £37m.

There are several others and it would be hard to pick a winner, but for my money you have got to say that Dixit Shah should make the podium.

Dixit Shah was struck off in 2002. On the face of it, this was for employing a struck-off solicitor as a consultant via a limited company. You might even go so far as to think that in the circumstances the sanction seemed a bit harsh.

But he did far more than this. Mr Shah set up the Brandon Group. So opaque was the structure and his dealings with those who thought they were partners, and those who were certain they were not, that is it hard to explain with any degree of brevity exactly how the group was constituted.

In summary, Mr Shah engineered a situation where he had control of the client accounts of a number of law firms and was able to disappear with the money (one might go so far as to call it the dodgy solicitor’s version of a third-party managed account). A total of £12m was paid out by the Solicitors Compensation Fund to clients of the Brandon Group.

What I think edges Mr Shah in to gold position is what he did next. Mr Shah hotfooted it to India with the proceeds of client account and embarked on a career as a Bollywood producer. Whilst Mr Shah excelled at many things, including credit card scams and mortgage fraud, he failed dismally in Bollywood.

He returned to England to perpetrate further crimes, was arrested in 2009 and, following his conviction for fraud, was jailed for five and a half years.

On his release, like a moth to the flame, Mr Shah went back to the law. So concerned was the SRA about Mr Shah’s involvement with Trinity & Co, an SRA regulated firm, that it sought an injunction preventing him from having any involvement in the management of any regulated firm.

The judge granted one [1], referring to the risk that Mr Shah “may engage in activities that would either involve the commission of criminal acts by him, or breaches of the regulatory regime by others”.

So, back to where we started, protectionism. I suspect we can all agree that both the profession and the public need protecting from the activities of Mr Shah but that protection comes at a price – £12m in his case, plus further costs of the investigation, intervention and subsequent disciplinary proceedings relating to the Brandon Group.

Based on the judge’s comments, it appears that the costs of the investigation, intervention and subsequent disciplinary proceedings relating to Trinity & Co can be attributed, at least in part, to Mr Shah’s activities. Injunctions are not cheap either, so there are more costs to consider.

So what the case of Mr Shah demonstrates, although I accept his is an extreme example, is that protecting the profession and the public is not a cheap day out.

Is the profession engaged in protectionist practices that adversely impact clients? Is it true that fat-cats in pinstripes are charging outrageous amounts for work that could be done much cheaper?

Well, the truth is you can always do things cheaper. Do you buy new tyres for your car now or wait until the treads fail the MOT? It all depends on how safe you want to feel.

The government, the Legal Services Board (LSB) and some senior figures at the regulator will tell you that they can drive down the cost of legal services by driving down the costs of regulation. I have not seen any evidence to back up the assertion that there is a direct link between the two.

What appears obvious to me is that, if you freeze or reduce the cost of being regulated, then you will reduce resources available to the regulator. Those resources are further diminished if you engineer a situation which encourages individuals to work in businesses that are not required to pay anything to the regulator, albeit that the individuals will pay for their practising certificates.

The SRA will no doubt be keen to point out what a lean, mean regulatory machine it is, but there are only so many efficiency savings you can make. How far does reducing archiving costs go to mitigate against another Wolstenholmes (which cost the profession more than £13m [2])?

Not everyone is singing from the same hymn sheet. In an article published in The British Journal of Criminology in July 2015, David Middleton – currently executive director for major cases at the SRA and formerly its director of legal – and Michael Levi raised some very interesting questions about changes to the legal services market and lawyer involvement in criminal activity.

The article expressed concern about the lack of value attributed to maintaining the integrity of the profession: “The public good of an honest and reliable legal system seems to be under-valued in the continued idolatry of free market competition, despite the financial crisis of 2008.

“These shifts pose a continuing challenge to regulators and indeed law enforcement. It is too early to assess with confidence the impact on organised and white-collar crime rates of these developments, although we note the apparent determined targeting of legal services by fraudsters and we wonder how this will play out now the circle has turned again, noting the LSB’s 2013 ‘Blueprint for deregulation’.”

The government wants a deregulated legal market but at the same time likes to talk tough on money laundering and tax evasion; if you want to crack down on ‘professional enablers’, letting them ply their trade beyond the reach of regulation seems a very odd idea.

Mr Middleton’s concerns may not be shared by his colleagues at the SRA but they are by the Law Society.

In a letter to LSB chair Dr Helen Philips in February, Law Society president Christina Blacklaws called on the oversight regulator to “require and then consider impact assessments and cost/benefit analyses where competing regulatory objectives are identified”.

She said the Law Society was in agreement with the Legal Services Consumer Panel on three key issues:

So what has all this got to do with the entertaining, if extremely worrying, legal career of Mr Shah?

Ask yourself this question: should the SRA be seeking to extend the injunction to prevent Mr Shah from being involved in the management or control of an unregulated entity where solicitors are providing legal services?

Even if the SRA did want to extend the injunction, there is a very big question mark over whether or not it could. After all, an unregulated entity is by definition beyond its reach.

An individual solicitor employed in an unregulated entity would still be regulated by the SRA. How far does the SRA expect an employed solicitor to go to satisfy him or herself that Mr Shah does not control, directly or indirectly, the business they work for?

One last thought: don’t worry that this article is giving the likes of Mr Shah the heads up about new possibilities.

There are numerous people out there, some former solicitors, some who were never admitted, who control firms or manipulate others in order to perpetuate fraud and theft.

They are knowledgeable and in their own way professional. They are part of the reason the profession pumps millions of pounds in to the compensation fund every year.

They are already looking at the changes and no doubt have some very innovative ideas of their own.