Private equity and the law – big bang or damp squib? 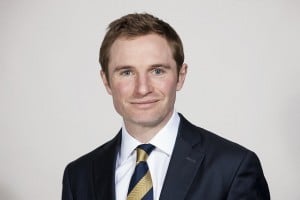 So here we are, 18 months since the onset of alternative business structures, but has private equity money been flooding into the sector?

It was never going to be a tidal wave, as the very nature of private equity is that only measured investment decisions are taken, and it’s linked but separate from the venture capital world where of 10 technology start-up investments, nine are expected to fail in the hope that one becomes a Facebook or a Google. With private equity it’s generally later-stage companies that are invested in, that have a proven track record and room for growth. Every investment is fully expected to succeed.

So what investments have taken place? Premier Property Lawyers was the first to be granted an ABS licence on 6 October 2011. The parent company, myhomemove, is backed by the family office Smedvig Capital, but Smedvig first invested in myhomemove back in 2005.

Premier Property Lawyers is regulated by the Council for Licensed Conveyancers (CLC), which has allowed external investment for over a decade, but despite this the number of CLC firms receiving external investment remains very small. This probably has more to do with the state of the property market generally rather than external investors’ appetite for the legal sector, though.

That said, Smedvig’s investment is a success story. Since 2005 myhomemove has become the largest conveyancer in the country, but still the investment is relatively small; their total exposure is currently £6.8m in a legal sector worth £26bn.

Other notable examples have been the well-publicised investments by Duke Street into Parabis, LDC into Keoghs and James Caan’s Hamilton Bradshaw into Knights. The first two were probably the more predictable given the process-driven nature of the personal injury work both firms undertake, and by virtue of the fact most of their work is on the defendant side, so the clients are large insurance firms. This allows revenues to be more easily forecasted and growth more achievable, and the uncertainty in the personal injury market was no doubt factored into the price offered for the equity.

The Knights investment was less predictable – in that it was the first investment into a firm that specialises in the less process-driven area of commercial work – but perhaps more indicative of things to come because as long as a law firm can benefit from a more corporate structure and investment in IT, it is ‘investable’. So far the signs are good, in that overheads are down, revenues are up, and there’s a large spend on IT. This has been reinforced with Hamilton Bradhshaw’s addition of virtual law firm Excello Law to its portfolio.

Although not an investment in a law firm as such, no article on this subject would be complete without mention of QualitySolicitors and its . At the time of the announcement, many commentators said Palamon had breached the ‘golden rule’ of private equity investment i.e. don’t invest solely in a marketing budget – but it’s perhaps too early to say with any accuracy whether the ‘brand’ has sufficiently penetrated the minds of TV-watching potential clients to say whether it has been successful. I note that they were far short of their hope to be in 1,000 locations by the end of 2012 though.

So where will the next investments be? There’s still some way to go in the personal injury market, particularly now the dust is beginning to settle on the reforms, but I think probate will be the ‘hot’ sector for 2013. It’s a sizable market with commodity type work, which is very fragmented and generally not very competitively priced. The main drawback is this fragmentation, which means there is a limited number of platform firms to acquire, from which to consolidate. Most private equity firms have a minimum level of investment, and although this varies, it’s generally several million.

Private equity firms have got some way to go to catch up with the innovation shown by the PLC consolidators like Quindell Portfolio, but in my opinion it’s a developing market and we will increasingly see more innovative investments over the coming months and years.