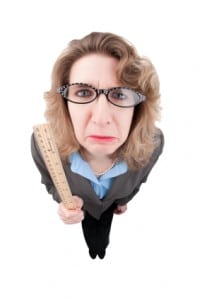 Entitled “Take care with vulnerable clients, SRA urges”, it admonished solicitors “to ensure they pay close attention to clients’ needs from the outset to make sure they deliver a proper standard of service”.

You might think this sentiment a little obvious, but the release continued: “The authority is particularly alive to the risks of the most vulnerable members of society not receiving the right service. Providing appropriate client care that meets the particular needs of a client is an important requirement in the SRA’s outcomes-focused regulation regime through the new principles and code of conduct.”

Executive director Samantha Barrass gave an example: “If a firm specialises in family law and has a client base where some do not speak English particularly well, it is unlikely that simply putting a lot of information into a long client-care letter will be sufficient.

“Yet there are firms who have told me that they do just that! They do it because it is what they have always done, they thought it was compliant with the old code, and are assuming it will continue to be compliant.

“Under the old regulatory framework, compliance might have been achieved by providing that client with a letter detailing all the ins and outs of the legal process, and what the firm would be providing. For many clients under the new regime, this may fit their needs; for others it may not.”

This should be, and I’m sure is, Janet and John stuff to the vast majority of practitioners. Frankly it is one of the most patronising things I have seen from the SRA.

It could simply be the ‘old’ headmasterly SRA resurfacing – after a brief break while the authority pretended that all had changed with the introduction of outcomes-focused regulation – to tell solicitors that their shoelaces are untied.

Or it could simply be, sadly, that some solicitors are sending 14-page client-care letters to non-English-speaking clients. Ms Barrass’s comments are based on actual experience, the SRA stressed to me, and you only have to look at some of the decisions that come down from the Solicitors Disciplinary Tribunal and the SRA, plus the 7,000-odd investigations launched by the Legal Ombudsman in its first year, to see that client-care failings are not uncommon.

It is, of course, perceived problems with quality of service rather than quality of advice that has prompted some from outside the law to see an opportunity through alternative business structures. Pretty much all, in one way or another, promise a different (for which read ‘better’) kind of service.

But just how bad is the problem? A baseline survey of clients to assess the impact of legal services reform, published by the Ministry of Justice in March 2010, indicates that it is nowhere near as grim as some paint. In all 91% of clients surveyed said they had received a good service from their solicitor, consistent with research from 2001 in which 83% rated their solicitor as very good or good overall. The numbers are always going to be coloured to some extent by the outcome of the matter as well.

The figures were not quite so rosy when clients were asked whether they were satisfied with the time taken and the cost.

There have been plenty of surveys since (the Legal Services Act has proven a boon to survey companies if nobody else), most recently of conveyancing clients for First Title. Though YouGov reported that “on the whole, participants’ expectations of their conveyancer were met, and most felt they had received a good service”, the figures did not wholly back this up.

Nearly seven in ten (68%) said their conveyancer did a professional job, and more than half (55%) said that they looked after their interests well”. Fewer than half of respondents (44%) felt the person handling their case was well-informed and helpful. I can’t imagine these are figures that any major consumer brand would accept.

It is impossible to know precisely where the truth lies, and of course every firm is different, although my own personal experiences of several law firms over the past year or so precludes me from being overly optimistic (a blog for another day).

I was going to finish with a homily about not just paying lip service to client care, and how it is far easier and cheaper to generate work out of existing clients than bring in new ones, but I don’t want to come over all paternalistic like the SRA. After all, you all know this.