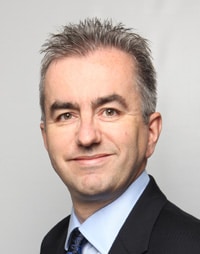 Most personal injury (PI) firm partners would probably agree that the last few years have been a nightmare for them, what with the referral fee ban, LASPO and the Jackson reforms. But could matters get a whole lot worse?

The latest issue that could create havoc for PI firms is that of negligence claims arising out of the under-settling of PI claims, but following closely behind this issue appears to be the under-assessing of PI claims.

We are already seeing some law firms advertising for clients that may have been affected by the under-settlement of their PI claims, which suggests that this will be a growth area going forward.

Another area for potential claims is likely to be the under-assessing of PI claims, where some firms will have valued a claim worth hundreds of thousands at only thousands because they did not have the expertise to value them properly. One leading personal injury commentator has indicated that some cases could be worth millions if assessed properly; where does this leave the firms’ indemnity cover?

So what could PI firms expect to face in due course if these claims do start to significantly increase?

Firstly, their insurers are likely to want an audit of the firm’s PI files to see what level of exposure there could be to negligence claims; it could be argued that all PI firms should now be notifying their insurers of all their PI cases as circumstances that could give rise to claims.

Secondly, the Solicitors Regulation Authority could commence a thematic review of the PI sector to see what level of threat the profession is facing; if claims succeed, could firms be faced with a number of breaches of the core principles and rules, including failing to act in the best interests of clients, conflicts of interest (own interest), failing to act with integrity (if shown to have an own interest in pursuing claims too quickly), failing to provide a proper service to clients?

Thirdly, firms could be faced with having to allocate money and resources to prove whether or not they had under-settled/valued claims, potentially leaving them spending all their time and effort defending claims rather than acting for their clients.

Having dealt with a number of right-to-buy claims a few years ago, I know what time and cost these types of claims can take up, so if firms are bombarded with under-settlement claims, the call on resources is going to be massive – for example, the cost of calling files out of archive, the need for senior staff/experts to review files, etc.

Firms that operate bonus systems based on fees generated by fee-earners within their PI departments need to closely scrutinise claims as settlements may have been affected by the need of fee-earners to get paid bonuses at certain times of the year.

This issue clearly highlights the need for firms to supervise both their staff and client files properly, and shows the need for effective file audit procedures that include assessing the technical advice that has been given to clients.

Law firm managers have a duty under principle 8 to run their businesses effectively and in accordance with proper governance and sound financial and risk management principles, but without a comprehensive file audit process in place that looks at service levels, compliance, technical advice, accounts, etc, it is hard to see how they can do this effectively.

Many firms until now have paid lip service to the auditing of client files but this issue is highly likely to change their approach going forward.