Guest post by Professor Stewart Brymer, a solicitor in private practice, lecturer at the University of Dundee, and consultant to PEXA 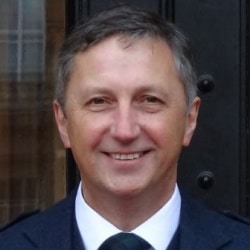 Brymer: It’s not just about technology

PEXA [1], or Property Exchange Australia, is a national platform designed to vastly improve the experience of owning and transacting property in Australia.

The network assists members – such as solicitors, licensed conveyancers and financial institutions – to lodge documents with land registries and complete financial settlements electronically. In essence, it is a network facilitator which is enabling an established industry, the property industry, to transition from paper to digital.

To achieve this goal, PEXA has had to change the way people think about conveyancing and the house buying/selling process in general.

It could be said that conveyancing has become a habit with little or no major change in process for hundreds of years. From the outside, it appears to be founded on precedent-based thinking using language and procedures that, to the modern eye, appear antiquated and ineffective. Of course the system works, but could and should it work better?

This is the question which PEXA addressed when it was tasked with delivering a single, national e-conveyancing solution to the Australian property industry by the Council of Australian Governments’ initiative in 2010.

By 2020, most property transactions in Australia will have to be processed through PEXA. This is a result of significant collaboration between government, state land registries and revenue offices, banks, solicitors, conveyancers and others working with a common purpose of bringing conveyancing into the digital age.

With a near majority of land lodgements in Australia now completed electronically, the individual land registries had the confidence required to set timelines for phasing out paper conveyancing, transitioning the long tail of property practitioners onto the platform, in turn allowing the maximum benefit to be realised.

By removing costly and inefficient dual-processing and providing certainty around the conveyancing process in a world where citizens increasingly want to be able to transact at anytime, anywhere and on any device, the registries have done well to systematically move property transactions online. PEXA has created an online platform or portal which ensures that this can be done securely.

PEXA minimises the manual processes and paperwork associated with property settlements by enabling lawyers, conveyancers and financial institutions to transact property together online for the first time.

This includes instant lodgement with the relevant land registry and the simultaneous exchange of funds, providing real-time access of funds for the seller, ownership immediately registered on title for the purchaser and removal of the requirement for financial institutions and lawyers/conveyancers to physically attend settlement.

There have been several (failed) attempts to deliver change in the conveyancing system in England and Wales. It is therefore essential that before another reform proposal is advanced that we first of all stop and think about what we are doing in a secured lending or property transfer transaction and ask ourselves if we are doing it in the most efficient and cost-effective manner.

This is what PEXA did. It made an objective user-based assessment of the house buying/selling process and identified that the single most troublesome step was with regard to the exchange of funds at completion of a transaction.

The research disclosed that there was considerable uncertainty and delays built into a system which was not fit for purpose in a modern digital economy. They then set about fixing that by working with the banks and other important players in the process on a collaborative basis.

At no point did PEXA view this as a straight technology project. The reason its initiative succeeded where others did not was because it realised the critical link was in the alignment of stakeholders. PEXA spent years working with all areas of industry in a successful public/private sector collaboration to understand the broad range of requirements, then build technology to meet the vast and diverse jurisdictional requirements.

The benefits are there to see, with all stakeholders reporting more efficient transactions and, most importantly, funds being transferred immediately in most instances once settlement is initiated.

The platform has also driven a whole new set of behaviours normally not associated with conveyancing’s often acrimonious process. Instead of fighting each other, participants are collaborating with each other to get the deal done, using the PEXA community, online message boards etc.

The common mistake is to look at any proposed change in the conveyancing system as a technology solution. In fact, the Australian experience has proved that it’s not about the technology but the network of participants working towards a common purpose.

It is suggested that this is because everyone makes the make mistake of thinking that e-conveyancing is a technical project.

The PEXA journey in Australia has been quite remarkable given that its first transaction was completed in Victoria on 18 June 2013 when a standalone discharge of a security/legal charge was completed by the Commonwealth Bank of Australia and Land Use Victoria.

There have now been more than 1.1m transactions through the platform – with more than 95% of the nation’s refinance transactions now being completed electronically via PEXA.

The current move is towards growing the number of property transfers. This will grow on a state-by-state basis as the move towards full national coverage advances.

The company has continued to innovate by working with all involved in the process and, most importantly, by listening to what they wanted to achieve and what concerns they had. By doing this, they have delivered solutions that people want – not what it is thought that they want.

The next thing will be a raft of additional services such as SettleMe, PEXA’s app that enables buyers and sellers to track the process of their settlement in real time, thereby delivering greater levels of information and transparency to consumers.

That app, itself, is also being further developed in order to create a secure method of communicating between solicitors and their clients so as to minimise the risk of cyber fraud.

What does this mean for the UK? Can we make the step towards having a fully functional e-conveyancing system? The answer in my opinion is an unqualified yes.

In simple terms, there is now a successful model which can be learned from. PEXA would be the first to say that it did not get everything right first time. What it has achieved, however, is a truly collaborative system which is capable of operating elsewhere.

That does not mean that the PEXA system can, or should, be incorporated without amendment. It will require to be crafted to suit how things are done in the UK.

This will be done by first gaining an understanding of what benefits change can bring to the system and then working at aligning the interests of the various stakeholders.

That will result in a collaborative solution which should meet some of the goals of the government’s desire to see improvements in the home-moving system.

PEXA is leading the digital transformation of owning and transacting heritable property in Australia. What can we learn from it in the UK?