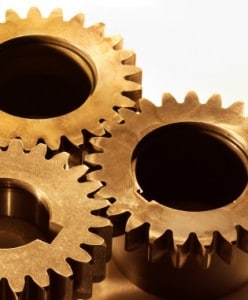 There was a time when it looked like the Jackson report was heading for the long grass. Instead, it has now been embraced almost in its totality by the Coalition government, with the referral fee ban being the piece of the famously “interlocking” reforms that few had expected to see until very recently.

Having survived the House of Commons unscathed, the reforms have still to make it through the House of Lords, where the whole Legal Aid, Sentencing and Punishment of Offenders Bill can expect a far rougher ride than it got from MPs.

It seems clear that their Lordships’ focus will be much more on legal aid than the Jackson reforms; one senior Labour figure recently explained to me that Jackson looks like an argument between lawyers – just one glance at the phrase ‘qualified one-way costs-shifting’ (QOCS) will do that – whereas it is much easier for non-lawyer peers to get their heads around issues such as legal aid for babies with cerebral palsey. The woes of claims management companies are not going to play strongly in such a context.

There are various efforts by special interest groups – such as over defamation and international human rights cases – to win carve-outs from some of the reforms, although the government seems pretty fixed on not making any exceptions, knowing that once it opens the door, many will try to rush through.

So perhaps for the anti-Jackson campaigners, the best hope now comes from how some of the key reforms are implemented and whether subtle but significant changes can be brought about that way. That was certainly the hope of many of those who attended last week’s Civil Justice Council (CJC) expert workshop of the technical aspects of Jackson implementation.

For those close to the costs world in the last decade, this is what government cuts have done to the fabled CJC ‘big tent’. Rather than an overnight event in a country hotel as in the old days, when a good deal of useful business was done in the bar after dinner, the workshop was held in a government conference centre in London from 9.30am to 3pm on a Monday. Nonetheless, it was good to see the CJC back in the middle of costs disputes.

It is important to note that this event was not another opportunity to rehash opposition to the reforms; it was to focus mainly on how QOCS, part 36 sanctions and the new proportionality test should be implemented, and examine the options put forward in a 100-page report by the CJC’s working group.

One thing that struck me at the workshop was that the contribution of Lord Justice Jackson himself has become peripheral. He has given us his report but it is not lore. He keeps lecturing and producing papers, but we all know what he is going to say – to paraphrase, “Stick with my recommendations”. The debate, however, has moved on, and frankly he should be pleased that so much of his report is being implemented.

Now practitioners are explaining convincingly why, in some respects, that would be a dangerous path to go down when formulating the details. The rebellion at the workshop was most marked over the introduction of some kind of means test as part of QOCS (pronounced ‘kwocks’, for those who were wondering).

Sir Rupert was not at the workshop and is not a member of the CJC – although he is a member of the Civil Procedure Rule Committee – and so it was a conversation on implementation between the government officials making the final decisions and the “industry”, a somewhat useless word (which I have nonetheless used on many occasions) given the deep divisions among the different sides of it.

The question to which we will not know the answer for some time is whether this was truly a listening exercise; some claimant representatives I spoke to were worried that the workshop was a largely cosmetic affair that would allow the government to say it had consulted the market before making decisions. But let us not pre-judge them, especially as there were few clear messages coming out of the workshop. It will be interesting to see if the CJC working party manages to find enough unanimity to recommend a specific course of action on the three areas under discussion.

I cannot imagine that there are many litigators out there who still hold out hope that the reforms can be seriously derailed (bringing clinical negligence back within scope of legal aid is the main concession that is expected), so this is a difficult time for them, especially those in personal injury (PI).

PI solicitors can expect a cushion from the substantial run-off period of cases commenced before the Jackson reforms kick in – likely to be 1 October 2012 – but they need to be thinking now about how to change their business model for the post-recoverability world. I have to say that for all the doom and gloom among solicitors, and even more so (and more justifiably so, perhaps) among after-the-event insurers, I remain confident that the “industry” will adapt. It always does, even though there will no doubt be casualties along the way.

One few bits of good fortune, arguably, is the introduction of alternative business structures just ahead of the reforms. The chance they provide to re-engineer PI practice has come at just the right time.

Though the plan is for the Jackson reforms to come in on 1 October 2012, it was recognised at the workshop that the timetable is very tight. Tweeting in response to this blog, former APIL president David Marshall, a senior member of the CJC working group, suggested that April 2013 is more realistic.