Opt-out, not strike out

Guest post by Alasdair McDowell, an associate at Stevens & Bolton 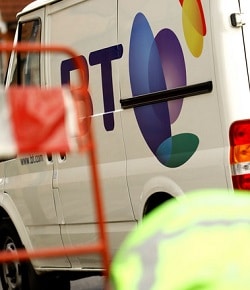 There now ought to be no doubt in our minds that the collective proceedings order (CPO) is an important feature on the litigation landscape. Practitioners can learn a number of useful lessons from two recent Competition Appeal Tribunal decisions: Le Patourel v BT Group PLC and Gutmann v First MTR South Western Trains Limited.

Both dealt in significant part with cross-applications to strike out the CPO applications and enter summary judgment in favour of the respondents. The applications failed and the manner of the failures was instructive.

In Le Patourel, the respondents raised six objections to Mr Le Patourel’s case on the merits, and though there were not reasons to strike out the claim, the tribunal noted that a number of them, or the points underlying them, would need to be considered at trial.

The application in Gutmann was made on the basis that the case on abuse of market dominance did not have a reasonable prospect of success. With a few exceptions, the tribunal did not dismiss the arguments out of hand, but rather said that they were not sufficient to dispose of the application summarily.

Additionally, the tribunal felt it appropriate to hear further submissions in respect of one aspect of the CPO application before reaching a view on whether to include it in the order.

Another notable feature of both cases was that the tribunal reviewed the expert evidence adduced in support of the CPO applications in considerable detail in the course of its judgments. The quality of that evidence was a significant factor in determining the applications in the proposed class representatives’ favour.

What’s more, a feature of both judgments was that the basis on which any CPO would proceed (either opt-in or opt out) was in issue. The respondents in Le Patourel argued unsuccessfully that the CPO should be opt-in, while in Gutmann only three paragraphs of a 191-paragraph judgment addressed the issue.

Given that low individual quantum and significant class sizes have been a feature of the leading case of Merricks, as well as Le Patourel and Gutmann, practitioners may want to start from the assumption that a CPO will be made on an opt-out basis as standard where those circumstances exist.

In both of these CPO applications, the respondents’ tactical approach was to try to kill the proceedings off as early as possible. This is understandable.

The respondents in the Gutmann claim, for example, are facing claims totalling approximately £57m and £36m respectively, and the class representatives are well-resourced and well financed, so knocking the claims out at a preliminary stage has an obvious benefit.

In reality, however, the tribunal is unlikely to strike out a claim where its shortcomings are capable of remedy. It will instead likely allow the claim to proceed to trial so that the issues can be fully argued, potentially requiring further submissions to iron out any aspects of the CPO it is unhappy with.

Practitioners acting for respondents to CPO applications need to consider carefully whether it is in their clients’ best interests to make a costly and public strike out application. Alternatively, they should look at the possibility of negotiating an early, private settlement.

In contrast, those acting for proposed class representatives should prepare for respondents to throw everything they can at their case to prevent the award of a CPO.

Whilst the tribunal will likely try to find a way to get the claim to trial, those acting for proposed class representatives will need to make sure the case is sufficiently robust to stand up to judicial scrutiny, and Le Patourel and Gutmann both highlight the importance of expert evidence in this regard.