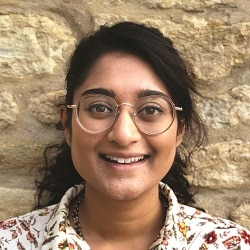 As humanity continues to enjoy its foray into the age of information, our justice system errs on the side of caution: a quiet observer to the new age.

This is an age where all citizens are inextricably connected to an unprecedented degree; where our every move is chronicled and adjudicated upon by our peers; and where the sum of all human knowledge has been condensed into two simple words: ‘Google it.’

Smartphones and tablets have granted us unfettered access to information and, indeed, each other, facilitating instantaneous communication from the comfort of our own homes. Imagine then, if you could get up-to-date on the most recent developments taking place within the courtroom at the click of a button to better understand exactly what happened in the leading cases of 2018.

After all, more information and greater transparency are the precursors to open justice, are they not?

Better yet, why not use this new age to represent your client in court by simply logging on? However, with representation conducted from the privacy of your own space, just how ‘open’ might this process be?

The concern about losing open justice could not have been better articulated than by efforts made, over the last few months, for the propagation of the principle in our courtrooms.

The latest developments came in the form of proposed changes to part 39 of the Civil Procedure Rules, consulted on earlier this year by the Ministry of Justice.

The proposed changes saw a gravitation away from party consent and judicial discretion in determining whether civil law cases may be held in private and party identities anonymised. (It is, after all, subverted logic for the judiciary to have discretion over the very mechanism intended to keep ‘the judge … while trying under trial’ (see Scott v Scott [1913] AC 417 per Lord Shaw quoting Jeremy Bentham)).

Instead, the proposed amendments introduced a strict necessity test, advocating the stance that only where the proper administration of justice is at risk would it be proper to deviate from open justice as the default position. In all other cases, the proposals took the view that there should be a hardline commitment to let justice be done and be seen to be done.

Such was this commitment, the consultation even suggested that courts should be required to ‘take reasonable steps’ to ensure that hearings were open and public in character.

But what happens when the courts of the future no longer resemble the grand, somewhat crumbling, buildings of today? How these new obligations play into the much-debated court digitisation programmes is yet to be seen.

The benefits of technology

With digitisation in mind, there are, of course, examples of how technology can be harnessed to create a more ‘open’ justice system.

Earlier developments, which saw Supreme Court proceedings livestreamed for all to see, have birthed more recent initiatives for the same approach to be used in the Court of Appeal Civil Division. This is not a project for the far-flung future – the first Court of Appeal case was livestreamed in November.

Affected cases shall be specially selected, and subject only to a handful of limitations under the Court of Appeal (Recording and Broadcasting) Order 2013. The limitations include a bar on coverage of family appeals and, interestingly, cases involving litigants in person. This begs the question of whether open justice principles should apply differently to unrepresented parties.

With the latter point posing a dilemma for another time, the question to ask ourselves now is whether these efforts to digitise reporting procedures are really the same thing as when we talk about digitising the court process itself?

There have been numerous pilots undertaken into examining how we might revolutionise our justice system to be a product of the 21st century.

A recently published report by the London School of Economics examined the progress of the first pilot to date to have been conducted for fully video hearings, trialled in the First-tier Tribunal (Tax Chamber). The government-commissioned evaluation stated, among other recommendations, that “key areas for improvement include… how to ensure open justice”.

Realising this aim is no easy task and opens up a Pandora’s box of uncertainties as follows:

This plethora of questions only begins to magnify in the context of parallel pilots undertaken for the new online courts. These new courtrooms, tasked with handling less contentious cases, are conducted wholly on an easy-to-understand, more efficient and accessible platform, improving remote access to the courts for the betterment of access to justice.

With a recent speech by President of Tribunals Sir Ernest Ryder stating that access to justice and open justice are but two sides of the same coin, it is suggested, by association, that online courts would be of benefit to the open justice principle.

However, in scenarios where an entire case is handled online or through an app, it is dubious whether the actual court and judicial processes (not simply case outcomes) would be subject to scrutiny as open justice demands. If not, the role that online courts play in facilitating access to justice may well come at the expense of open justice itself.

Something worth bearing in mind here, given the emphasis on unrepresented parties as target users for online courts, is what the impact of this might be on the growing number of litigants in persons.

Perhaps most important of all the question raised so far is whether reforms advocating remote access to justice risk creating a dichotomy between conducting a hearing in person and online.

If these two formats vary in their levels of ‘openness’, we risk an equality problem whereby the digitisation process unwittingly establishes a two-tier structure with varying levels of scrutiny.

Ironically, even where digitisation proved to be theoretically more open, the residual equality problem would inevitably threaten the very function of open justice: to eliminate arbitrariness such that the law and legal processes apply equally to all.

The way in which this equality problem manifests itself would warrant a clear impact assessment on the protections in place for vulnerable persons. For example, might we see an age-based divide, with cases involving the elderly more likely to be handled in person than those of the younger generation?

The challenge lurking in the shadows is how to protect against this issue while transitioning to a digital domain.

With all these questions left to be answered, it is difficult to know how open justice may fit in with the future of our court estate.

That is not to say that we should not be embracing new technology. After all, with legal systems overseas already exploring the benefits and shortcomings of various technologies such as virtual reality within courtrooms, it is about time we updated our systems and processes.

Will this involve trade-offs: access to justice for open justice or remote access for open access? Or will it simply mean reimagining some of the core values that underpin our legal system? In either case, let us hope that the process of digitisation is an open one.