A guest blog by Ben Amunwa, barrister at 36 Civil 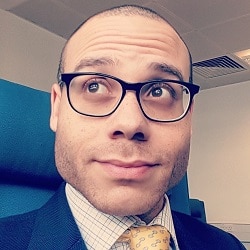 Amunwa: In law, brevity is golden

It was the weekend and I found myself sat in a room full of barristers and judges, a little too much like how I spend some of my weekdays.

We were gathered for a compulsory training course run by Gray’s Inn for new practitioners (barristers of under four years’ advocacy experience). Most of my group, like me, were on the cusp of going from new to ‘established’ practitioners.

Our training included sessions on ethics and wellbeing, a mock trial before a recorder, cross-examination of imaginary police officers (a favourite past-time) and various interim applications for which we had to draft a skeleton argument.

The feedback from the trainers on our skeletons stuck with me.

We had all written far too much and probably double what was required. The average length was around 10 pages (mine was a more modest eight). I wondered why.

Our loquaciousness may have been magnified under the lens of a formal assessment, but even so, weren’t we wordy?

It may be that the law itself in some areas is becoming increasingly complex – requiring detailed explication and referencing – a regrettable trend that will probably accelerate post-Brexit.

Given that I earn a living by speaking and writing in English at some length, brevity may seem antithetical to me. I’m heavily invested in its opposite number. Becoming a lawyer opened deep reservoirs of language that I hadn’t realised I had access to. I could spend over five hours talking and still have plenty left to say.

But in law, brevity is golden.

It takes courage, restraint and not a little nous to use brevity in your oral and written advocacy.

Here are three reasons why it’s so important.

Judges will thank you for it

Every day, judges are inundated with reams of garbage, from the county court right up to the Supreme Court. By ‘garbage’, I’m referring to information that may be interesting academically but is unnecessary to determine the issues in a case.

I see this all the time. Lawyers politely hand up a wodge of interesting but largely irrelevant case law or evidence to the judge on the day of a hearing, when they should know that the judge is unlikely to have had any time with the slowly disintegrating court file, not to mention spending precious hearing time poring over obscure legal authorities.

Why make judges’ lives even harder by adding unnecessarily to the textual burden? Of course, sometimes it’s necessary to have case law to hand – but it’s often better to hold onto it until it is needed, and even then, flag up the passages you rely on.

Your opponents won’t expect it

Indeed, the craftier ones will have been banking on your submission taking up enough time for them to complete a crossword, check the latest horseracing results, compose a tweet or three and just generally enjoy a breather.

Your brevity can take them by surprise. If your opponent is represented by a lawyer, the chances are that once they start talking, they won’t be brief. The contrast between their style and yours can enhance the carefully weighed gravitas of your argument. The same principle applies to crisp written advocacy. When short, it’s refreshing.

As my erstwhile English literature teacher, Mr Nightingale, used to tell us in his colourful way, there’s a hierarchy to dramatic forms of communication. It goes: prose, poetry, music and then… silence.

While I haven’t yet had the occasion to present my submissions acapella, pacing oneself and knowing how and when to use silence, are among the advocate’s finer skills.

It can be empowering when, although you could say more, you don’t have to, because you’ve made your points confidently.

It’s better for your clients

If trust is to be restored and maintained in the legal profession, clients will need help to understand that the length of an argument does not necessarily mean that it is a good one.

Once that’s understood, there’s really little benefit in vast amounts of legal work conducted by the sector every day. Lawyers spend an inexcusable amount of time on wasteful correspondence, emails and submissions that are largely designed to justify their billing, with the added bonus of antagonising opponents.

This type of conduct is in nobody’s interests except the lawyers.

Don’t get me wrong. There are cases and even whole jurisdictions where lengthy argument is required, expected or tolerated (just as there are occasions when prolixity is discouraged and punished in costs). Submissions in a summary procedure do not call for the same length and complexity as those is a multi-track trial.

Sometimes length is unavoidable, but it doesn’t always have to be that way. Be brief as you can and make it count.