In May, news broke that a non-fungible token (NFT) was the subject of a successful injunction made by the Singapore High Court. The NFT in question is part of the notorious and very valuable Bored Ape Yacht Club series.

It has been a few years since cryptocurrencies were first subject to applications for injunctive relief, with cases like Robertson v Persons Unknown and AA v Persons Unknown paving the way and providing the first judicial indications in England and Wales that the courts would recognise so-called digital assets as property and capable of being the subject of an injunction.

NFTs are closely related to cryptocurrencies in that they operate on the same underlying blockchain technology.

With the incredible amount of money pouring into NFTs in 2021, it was therefore merely a matter of time until a major theft or fraud occurred and the courts had to grapple with whether they could apply those same sorts of orders to this new, but related asset class.

In that sense, that an injunction over an NFT has now been obtained is unsurprising.

However, while the technology behind cryptocurrencies and NFTs is (at least for our purposes) the same, there are aspects peculiar to NFTs which might make them particularly prone to this type of court intervention.

The first is there in the name – non-fungibility. This is really just a clunky way of recognising that each token or asset is, like physical art, unique.

As is recognised in their differing values, different NFTs have certain cachets – some are more desirable than others and those that are particularly valuable may make themselves attractive targets for fraud, theft or extortion. Bored Ape NFTs are highly sought-after and change hands for large sums of money. 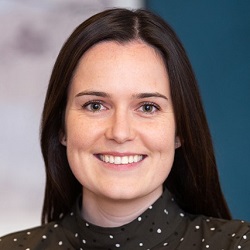 This is relevant because one of the questions a court will assess when deciding whether to grant an injunction is whether, if the injunction is not granted and the claimant is ultimately successful, damages would be an adequate remedy.

Assuming that the defendant can be identified and is good for the money, the fungibility of cryptocurrencies would suggest that damages would be an adequate remedy. By way of analogy, if you were ripped off in Swiss francs, would you be happy to be compensated in US dollars? If the exchange rate was right, then quite likely, yes.

The same reasoning does not apply to NFTs, however, and the same drivers of value in the traditional art world – such as rarity, personal significance, identity of the artist and provenance – may all lead to the conclusion that damages are not an adequate remedy. These factors would point towards an injunction being granted.

Relatedly, it may be easier to trace stolen NFTs than it is to trace cryptocurrencies. Cryptocurrencies like bitcoin can be endlessly broken down into smaller sizes and dissipated, recombined, and so on. Mixing and tumbling services can also obscure the destination of stolen cryptocurrencies by taking multiple inputs and scrambling them into multiple outputs, such that only the tumbler know which coins belong to whom.

While the courts apply sophisticated and well-travelled rules to trace cash through bank accounts, whether and how those rules apply to tracing cryptocurrency is not settled. By contrast, NFTs are not so easily hidden because the token remains readily identifiable, notwithstanding countless transfers.

However, there is a growing trend in fractionalising the ownership of NFTs by linking them to a set quantity of fungible tokens (comparable to bearer share certificates), so this general principle may not always hold true.

In fact, it would not be at all surprising if in the coming months we see an injunction obtained over fungible tokens linked to an NFT – bringing us back full circle.

Altogether, we should definitely expect to see more owners of NFTs restoring to the courts to protect their rights.