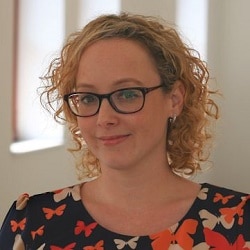 Manning: The protection provided is material

This year, like many in recent years, has seen some key changes within the employment law field, with the government, trade unions and lobbyists remaining endlessly engaged in seeking to impose their interpretation of fair balance between employers and their respective workforces.

Although consensus on that equilibrium can never really be achieved, sometimes there are pieces of legislative movement which are difficult to argue with regardless of your perspective: This is one of those.

Published on 13 October 2017, the Parental Bereavement (Pay and Leave) Bill would provide for the first time a legal right to parents who are employed and have suffered the death of a child, a minimum of two weeks’ leave in which to grieve.

Where the employee has been continuously employed for a period of 26 weeks or more, they will also benefit from statutory paternal bereavement pay. To balance this right with the needs of businesses, employers will be able to recover the cost of this statutory pay from the government.

For the purposes of the proposed bill, a bereaved parent will extend beyond the biological parents, and will be considered in reference to “the employee’s care of the child before the child’s death”. This should therefore extend the right to include all ‘atypical’ arrangements.

It is perhaps surprising that such a law is not already in place, but it is not; the current position is that while they would hope to find their employer understanding and flexible in this dire situation, there is no legal obligation to allow parents any paid time off to grieve.

In a challenging economic climate, commercial considerations may take precedence for the employer, and the leave may be given but unpaid, or in the worst cases not permitted at all.

For an employee, this could mean being forced to take sickness absence, with the lack of remuneration and the associated risk of dismissal for ill-health capability, or alternatively being forced back into the workplace without having had any time to grieve, both options negatively impacting their wellbeing.

The intention of the proposed bill is to enhance the employee’s rights and protections in this situation and to help with the financial implications faced by bereaved parents. As well as covering a child up to the age of 18, it also includes a provision to extend the right to cover a child stillborn after 24 weeks of pregnancy, should the secretary of state approve.

Following a period of years in which I would argue that employment law has shifted in favour of commerce over workforce, moving in favour of employers, this bill makes for really good reading. It is an encouraging statement and the protection provided is material.

But will it make a difference in real terms? Yes, I think so, but albeit perhaps not to many. While it would be a very unsympathetic employer which refused to provide an employee with limited paid time off in these incredibly difficult circumstances, they exist – these are not sympathetic times.

It’s probably fair to say, though, that the group likely to benefit is small. Further, given the bill provides for 90% of the employee’s weekly pay or the statutory weekly rate (currently £140.98), whichever is less, for just two weeks, it is difficult to see that it will have the impact it is designed to achieve in terms of limiting financial disadvantage for the bereaved.

This is particularly so when one considers that the overwhelming body of research supports that overcoming the grief from the loss of a child can take months or even years.

In order to truly make a difference to the support and retaining of employees affected by the bereavement of a child, employers need to go further than that presented in this proposed legislation; as with similar workforce rights, it is designed to be the very minimum the employer should do in the circumstances.

But it’s an improvement nonetheless. I’d like to say that the  bill is a move towards making the workplace a more compassionate place, but that doesn’t quite fit because if enacted it’ll become an employer’s obligation.

But will it make a small difference and perhaps give the feeling that an employer is being a little more compassionate? Yes, I think so, and that’s a really positive thing.