McKenzie Friends – a storm in a teapot 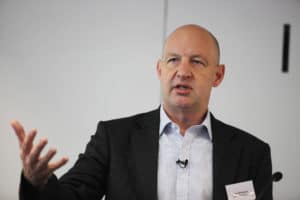 If the recent furore about McKenzie Friend Marketplace shows anything, it is that the profession remains acutely sensitive to the apparent threat of competition by unregulated entrants into the legal landscape. But for an outside observer, the whole McKenzie Friend debate remains curiously overblown: if not a storm in a teacup, a storm at least in a teapot.

For all the characteristic sturm und drang of the Law Society’s response to last year’s senior judiciary consultation, there was pretty widespread agreement among most respondents that McKenzie Friends are here to stay. Everyone accepted that many McKenzie Friends provided invaluable emotional and practical support to unrepresented clients and their participation helped the court processes move more smoothly.

At the same time, there was a general acknowledgement that limits needed to be placed on what unqualified and unregulated McKenzie Friends are able to do and that there should be no tolerance of those who seek to exploit their clients – either for money or in order to further their own personal campaign.

So why all the fuss? Clearly, the spectacle of a second-year law student setting up a business to offer representation by his unqualified student peers to anyone stupid – or desperate – enough to pay for them causes a chill in even the most deregulatory breast. But it is, I suspect, just that: a spectacle.

One looks in vain for any real evidence that paid McKenzie Friends are now a common part of the legal landscape. Of course, they represent a business model which – in theory at least – may prove successful. But it is not at all clear that there are thousands of customers clamouring to shovel cash into their hands.

It is noticeable that the Legal Services Consumer Panel, while arguing strongly (and, to these eyes at least, unconvincingly) for an expansion in the McKenzie Friends sector, based its case entirely on free market theory rather than any actual feedback from consumers.

But, of course, there are wider issues to play for here. The real debate is what to do about the void left by the rapid disappearance of legal aid. For the Law Society, the spectacle of the McKenzie Friend barbarian at the vulnerable client gate is massively useful.

Stories about Friends fleecing clients and ruining winnable cases help to reinforce the rhetorical sleight of hand by which access to justice is redefined to mean access to well paid, regulated lawyers. If McKenzie Friends are the problem, proper lawyers paid properly must be the solution.

This is where the debate surely must focus. In truth, the days when it is realistic to argue for a restoration of legal aid as the key mechanism by which poorer consumers get access to justice are probably long gone.

A more nuanced and less all-or-nothing system of regulation would certainly limit the potential damage done by rogue McKenzie Friends without limiting their utility. But if we don’t really think that the paid McKenzie Friend sector is fit to fill the void, it is not enough to throw up our hands and moan. We need to suggest something better.

And there are some changes which may help. As the Ministry of Justice report on litigants in person in family law cases argued, better information and training for unrepresented clients would pay dividends, as would an expansion in the number of organisations which offer free support and advice.

But, as the report also hinted, most useful would be changes in court processes to reduce the power asymmetry between represented and unrepresented clients. Our obsession with adversarial court processes comes with a high price: for there to be equality between claimant and defendant, both have to be in a position to instruct people to fight on their behalf.

If we can’t afford that representation to be by regulated lawyers and don’t like the idea of opening up the market to others, a shift from the adversarial to the inquisitorial may be the only way forward.