By Jamie Claret, director, The PC Surgery, which is a Legal Futures Associate 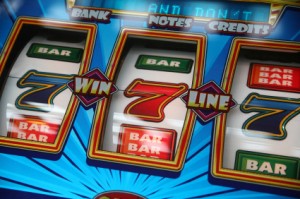 Windows 7: there is a strong case to upgrade

Research this week from Plan-Net showed that 42% of UK businesses are planning to roll out Windows 7 in the next 18 months. However, only 6% of the surveyed City organisations with at least 250 users have already installed Windows 7, while 24% are not thinking about rolling out Windows 7 at all and 20% have not decided what to do.

This raises important questions about upgrading infrastructure and refreshing hardware which was skipped in the year of the credit crunch. Having said that, many users have been burnt by the horrific experience that was Windows Vista, so the timing of the crunch was not so bad in so much that it gave users yet another excuse not to upgrade from XP Professional to Vista Unprofessional.

Among smaller firms I have seen the same resistance to an upgrade. Windows XP has been a solid operating system and people are very reluctant to change. The advent of the recession and credit crunch have made people, quite rightly, ask themselves what this technology is giving them and why they should upgrade.

The problem that smaller firms (and larger ones) this survey quite rightly flags, is that Microsoft are starting to rein in the downgrade rights for licensing. It is also becoming nearly impossible to purchase OEM (original equipment manufacturer) XP licenses or new systems with XP pre-installed.

Combine with this the fact that all new computers are using technology and processing capabilities that XP simply cannot utilise, whereas maybe two years ago there was a very strong argument for retaining XP, I would now argue that it is time for a change. Windows 7 is definitely the way forward.

For small-to-medium sized law firms, the advantages are mainly speed. After you get past all the headline ‘features’, most practices want simply to work and work more efficiently at that. Windows 7 definitely runs smoother, faster and more reliably than XP. Vista was never in the running but 7 is a real contender.

The main stumbling block, for small firms in particular, is the adage “If it ain’t broke, don’t fix it”. I can see this argument and sympathise with practice managers and managing partners who are trying to weigh up the benefits against the cost. Another matter which has to be factored in is whether the additional overhead required to make legacy software work on the new system is worth the effort in the first place.

I would argue that it is definitely worth upgrading to Windows 7 and there is a real business case for it. My only caveat would be that it would probably make more financial sense to wait until the warranties are expiring on your old equipment and choose that time to make the investment both in hardware and software.