The LSB’s proposals for legislative reform: let’s be clear

Posted by Caroline Wallace, strategy director at the Legal Services Board (LSB) 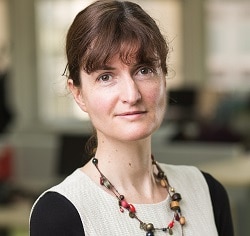 Wallace: proposals will not weaken the profession or professionalism

The publication of the LSB’s vision for legislative reform of legal services regulation on 12 September has generated a healthy level of interest and debate. This can, on the surface, seem a somewhat dry subject. However, it has an impact not just on existing regulated practitioners, but also on providers of legal services more generally, as well as everyone who uses or benefits from an effective legal sector. And, let’s face it, that’s all of us.

It is clear from the reactions to our paper that others share our concern about how the current framework, put in place following the 2003 Clementi review, is functioning. The phrase ‘unfinished business’ has been used. Equally, concerns have also been expressed about the LSB’s proposals, whether there is any need for them, and what their implications might be.

It is important to recognise that the LSB’s proposals align with regulatory best practice. Even in the short time since our Vision for legislative reform was finalised last month, other public bodies have published reports in their areas of the economy that echo some of the key principles underpinning the LSB’s vision:

A number of the comments that have been made suggest that there is some misunderstanding about what the LSB is proposing. Particular concerns have been raised about whether the focus of attention should be unmet need rather than regulatory reform, the timing of reform and the impact of the proposals on the profession and professionalism.

It may be helpful to try and untangle some of these confusions and address each of these in turn.

It has been said that the focus of the LSB should be on addressing unmet need for legal services rather than legislative reform. We are certainly focused on addressing unmet need, which is one of our three strategic objectives for our current year’s work. So, whether or not there is reform, we will continue to work towards this important goal. However, legislative reform could also play a part in resolving this problem.

The evidence of unmet need, and the contribution of unaffordable prices to the problem of unmet need, is clear. The Competition and Markets Authority recently stated in its interim report that legal services markets are not functioning as well as they might and that there are indications that the potential gains from greater competition might be substantial.

We believe that legislative reform can free up providers to offer services that are better value-for-money and can also increase public confidence in purchasing legal services. This is because:

It has been suggested that now is not the right time for reform because of Brexit, and because planning for fundamental reform would ‘blight’ shorter-term improvements under the current framework.

The LSB believes that the likely extent of the benefits of reform for consumers means consideration should be given to starting the process that could lead to positive changes as soon as possible.

Discussing and progressing wider change will not inhibit current reforms. Nor does it threaten the international standing of the England and Wales legal services sector – any more than the LSB’s Blueprint did three years ago, since which reforms under the current framework have gathered pace.

Rather, having an overall vision provides a coherent direction of travel for designing and driving forward reforms under the current framework, consistent with this longer-term vision.

These proposals, if implemented, will not weaken the profession and professionalism, nor undermine the rule of law.

Rather, these proposals are meant to assist in a debate about how the profession should adapt and thrive in the rapidly changing environment in which it finds itself. The public interest, including the rule of law, is at the very heart of the LSB’s proposals. We have suggested an over-arching regulatory objective that makes this clear, namely: ‘Safeguarding the public interest by protecting consumers and ensuring the delivery of outcomes in the interests of society as a whole.’

We completely understand the importance to society of the independence of lawyers from government. This is a key cornerstone of the rule of law and is something that must be maintained. Our vision document contains proposals to make the new regulator accountable to Parliament in order to preserve this independence.

However, it is also in the public interest that regulation is independent of the profession. The establishment of professional leadership and representative functions are principally a matter for the profession itself, not its regulator.

What we are proposing is that regulation should not be based on those titles. We are certainly not saying that titles should not be used, nor that there should be no regulation at all, nor that anyone should be able to provide any legal service. Since the regulator cannot be there when each and every reserved legal activity is undertaken, there will always be a fundamental reliance on professionalism and the duties owed by the practitioner to their client and to the courts.

We think it makes sense to orientate regulation to address the risks of particular activities, reflecting how the market has evolved in the nine years since the Legal Services Act. Some of that regulation may well be around essential qualifications and CPD, professional standards, integrity, ethics and codes of conduct.

The fact remains that some activities may genuinely not need as much regulation as they attract now – and this causes increased costs and unmet demand. It is not unprofessional for providers to compete with each other to better meet consumers’ needs within a regulatory framework that sets minimum essential standards that must be met and that protects the public interest more broadly.

We hope that stakeholders will consider our vision a helpful contribution to discussions about where and how further reform might benefit the public interest, consumers and the profession itself.