Guest post by Richard Gould, an associate of BLM, which acted for the successful solicitor defendants in Perry v Raleys Solicitors (in administration) 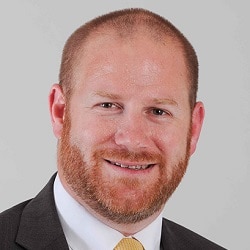 The Supreme Court has handed down judgmen [1]t in Perry v Raleys Solicitors [2019] UKSC 5, a much anticipated decision on the court’s approach to causation and quantum where the claimant’s claim is that the breach of duty has caused him to lose an opportunity he would allegedly otherwise have had.

The shorthand description for this type of claim is as being for the loss of a chance – rather easier to say than sometimes to evaluate.

Perry v Raleys reinforces that this is the right approach whilst viewing the issues at play very much in a modern setting over 20 years post Allied Maples.

The claimant, a retired miner, suffered from vibration white finger (VWF) caused by excessive exposure to the effects of using vibratory tools. Raleys were the solicitors he instructed to pursue a claim against the Department of Trade & Industry (which assumed the liabilities of British Coal Corporation) to compensate him for that condition.

The claim was pursued via a government scheme which had been set up to handle what were volume claims made by miners for VWF and which were administered via a claims handling arrangement (CHA) which aimed to manage those claims effectively and at proportionate cost. Some 170,000 claims were submitted.

A medical examination (MAP1) confirmed if the claimant suffered from VWF and also the severity of the condition.

In November 1999, the claimant accepted an offer of £11,600 for general damages in line with the scheme. No claim was made for services.

Nearly 10 years later, the claimant issued proceedings against Raleys (in administration since March 2016). He alleged the firm had failed to give him appropriate advice as to his claim for services and that as a result he had lost the opportunity to claim a services award.

He said his VWF meant that he couldn’t now carry out any of those tasks without assistance and alleged that such assistance was provided by his wife and his two sons. The services claim he alleged he lost was quantified at just in excess of £17,300.

The journey to the Supreme Court

Whilst breach of duty was admitted, other defences loomed large: limitation (which was rejected at the first instance trial) and crucially whether the claimant had suffered any loss.

The claimant gave evidence at trial, as did his wife and his two sons.

His Honour Judge Saffman dismissed the claimant’s claim. Given the claimant’s lack of credibility (and that of his family members), his medical records and evidence (photographs from social media etc) of his actual manual capability, the judge was satisfied that the claimant, properly advised, would not have been able to make an honest claim for services.

The judge didn’t accept that the claimant required assistance with service tasks because of VWF disability.

Despite dismissing the claimant’s claim on causation, the court proceeded to assess the prospects of success of the claim for services, in the event that it had been made, at 80%. This high percentage was reflective of the low evidential thresholds inherent in the CHA.

The claimant’s appeal to the Court of Appeal was successful – the judgment at trial was overturned.

However, the trial judges’ findings on quantum were adopted – meaning the claimant was awarded just over £14,500 plus interest and costs. Raleys (in administration) appealed.

The decision of the Supreme Court

The Supreme Court very much took this claim back to first principles; indeed back to the approach in Allied Maples.

In doing so it rejected the Court of Appeal’s criticisms of the trial judge’s approach and reinstated what it described as a “careful… detailed and lucid judgment” at the trial. We explore below the reasons why.

Trial within a trial?

The Court of Appeal had criticised the way that the defence of the claim had been run – especially as to the challenge to the claimant’s assertion that if properly advised he would have made a services claim, which was described as pursuing a trial within a trial.

The Supreme Court rejected that analysis – a forensic investigation and an adversarial trial of what the claimant would have done is justified; if the claimant reaches the threshold of 51% (and the burden of proof is on the claimant), the court proceeds on the basis that this is what would have happened (as per Issue 1).

Similarly, if the claimant falls short of this threshold, then the burden of proof is not discharged and the claim fails – it’s an all or nothing position.

The trial judge had added when looking at Issue 1 that it must be an honest claim for services. The Supreme Court wholeheartedly agreed, commenting that “that simple conclusion might be thought by many to be too obvious to need further explanation”.

Further, if a bare nuisance value claim is outside the scope of lost claims for the recovery of damages then so surely must be dishonest claims.

With respect to the approach in relation to what a third party would have done (Issue 2), this analysis is based on loss of chance principles and the Supreme Court said “it is generally inappropriate to conduct a trial within a trial”.

Really it’s all about prospects. So in an action about the lost chance to pursue a claim against insurers for an indemnity in relation to a fire claim, the court did not have to decide, in a trial within a trial, whether the fire had been started deliberately – the court simply had to assess the prospects of the claimant resisting the allegations of arson (as was the case in Hanif v Middleweeks, with the chance being put at 25%).

As far as the Supreme Court was concerned, here the claimant never even got to this stage – his claim failed at Issue 1 as he couldn’t have made an honest claim.

Determination of the facts

The Court of Appeal had also concluded that as the trial judge went sufficiently wrong in his determination of the facts that it was right, notwithstanding the high hurdle for this, for it to intervene. Again the Supreme Court disagreed.

Assertions that it had not been sufficiently brought home to the claimant that he was being accused of lying in his evidence were rejected.

The finding then on whether the claimant was lying was a matter for the trial judge and his conclusion was one that he was entitled reasonably to reach notwithstanding there was some supportive medical evidence.

The same considerations applied to the conclusions that he reached as to the credibility of the claimant’s wife and sons.

There was no irrationality here on the part of the trial judge and this was not one of those rare cases where it was right to overturn the trial judge’s findings of facts, as crucially he had heard the evidence at first hand.

The approach in Allied Maples is described by the Supreme Court as a “sensible, fair and practicable dividing line”. It is unsurprising then that it adopted the reasoning in it wholeheartedly.

So whilst not really anything new, Perry v Raleys is an affirmation of these principles.

There is, however, the added overlay of a statement of the (hardly surprising) principle that where the claimant says he/she would have pursued a claim, that must be an honest one.

Of course, not all claims for a loss of a chance relate to the conduct of litigation and one can see the scope for this honesty overlay being applied in other settings – say for what steps a claimant would have taken in negotiation in a commercial transaction.

Dishonest claims of course come in a variety of different guises. For those seeking to fairly resist such claims, it’s welcome that the Supreme Court has made the clearest of statements to discourage their prosecution.

The court could not have made the position plainer saying: “The court simply has no business rewarding dishonest claimants. The extent of dishonest claims for minor personal injuries such as whiplash (which are difficult to disprove) in road traffic accident cases is already such a blot upon civil litigation that Parliament has considered it necessary to intervene to limit that abuse.”

All that said, where the line falls on the right approach can sometimes not be easy to discern.

The finding on what the claimant would have done is of course crucial (and justifies an adversarial approach) but, on the issue of what the third party would have done, the court is still adopting a more broad-brush evaluation of prospects.

That may not feel fair in the defence of the claim, especially if the claimant is rather gilding the lily on what the outcome would have been.

Despite the welcome guidance here, tensions remain. We may get more clarity from the Supreme Court appeal in Edwards v Hugh James Ford Simey [2018] EWCA Civ 1299, which is due to be heard in July 2019 [2] and again arises from a mishandled VWF claim although with a focus on the issue of what evidence is admissible (especially as to evidence that would not have been available at the notional original trial date).

And finally to costs. To fund his claim against Raleys, the claimant had the benefit of a conditional fee agreement which provided for a success fee. The costs claim very substantially dwarfed the damages claim; indeed it was something like 10 times the likely damages award, even if the claim was wholly successful.

Costs always loomed large as an issue for both parties in the approach to the claim, in addition to a large background cohort of similar claims.

Of course, the procedural reforms of litigation funding in April 2013 mean that such funding arrangements are no longer available.

It surely at the very least raises the question as to whether such a modest claim would ever have reached a contested trial, still less the Court of Appeal and Supreme Court had it not been that the stakes in relation to costs were so high.