Looking for new answers in PI 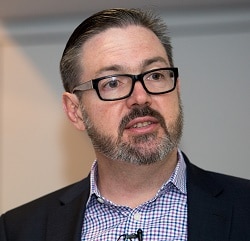 It might be a New Year with a new justice secretary, but there’s work to do if 2018 isn’t going to result in the same old story when it comes to legal reform.

In recent times the personal injury sector has been hit by a battery of changes, and all-too often our response has been unclear or even apologetic. Yet the cumulative impact on our firms and especially on those we seek to assist has been obvious.

It is time we learned from our experiences and tried a different approach.

The first element of this should be to recognise and be honest where there is any dysfunction when it comes to personal injury. The second should be a willingness to come together and look for constructive ways to address any problems.

The third is to seek constructive compromise with all parties in the hope that we can achieve the best-possible outcomes for our clients and customers and so, by extension, for us all.

The current challenges are numerous and include plans to change the fees structures around clinical negligence cases in England and Wales, as first announced in mid-2015, as well as proposals to change the way the discount rate is calculated following its first revision in 16 years in March 2017.

The changes which will affect the most people every year, however, will be the whiplash and small claims limit reforms announced by the-then chancellor, George Osborne, back in November 2015.

While these have been since diluted somewhat, their core purpose remains, which is to deny adequate compensation to those hurt through no fault of their own in a road traffic accident in the hope that any savings might be passed on to motor insurance policy holders.

The plans are to the particular benefit of certain insurers, and it should come as no surprise that they were behind their genesis.

In a possibly well-meaning attempt to tackle the problem of insurance fraud, Prime Minister David Cameron invited some major insurers to Number 10 to offer solutions, but in doing so allowed them far too much freedom to try and dictate terms.

Brexit, the snap general election, resourcing challenges at the Ministry of Justice and growing opposition from everyone from vulnerable road users to the trade unions have all contributed to the delays and changes that have held the Osborne reforms back.

The only constant has been uncertainty, which is something none of us – and least of all insurers – want.

While we await the outcome of the justice select committee’s inquiry into the proposals, and while we anticipate – probably for rather longer – the government sorting itself out and publishing its Civil Liability Bill, there is a real opportunity for the claimant community to find a better way forward.

Like most large claimant firms and many others, Slater & Gordon supports the principles of the Alterative Claims Framework formulated under the aegis of the lobby group Access to Justice (A2J).

Getting agreement from more than one lawyer on pretty much anything is an achievement in itself, and so A2J deserves credit here, but it will be for naught if we can’t get the government to support the principles of the framework too.

Good progress is being made, and this is because of the constructive and realistic approach being taken, including with the regulators, who themselves have a vital role to play.

The framework achieves everything the government wants, in tackling fraud, reducing the number of frivolous and unnecessary claims and saving insurers large sums which they may choose to pass on to their customers.

If the message to government is that we will brook no compromise and never admit when there are problems, we should not be surprised when change is something imposed on us.

Instead, it should and can be something we work together to help achieve in a way which protects the rights of vulnerable, injured people and helps them get back on their feet as soon as possible and with minimal cost to the hard-pressed taxpayer.

This might seem radical to some, but in reality, it is a sensible approach which will help us conserve access to justice and show that in future we should be the architects of change not just its recipients.