LLPs – the financial storm ahead for members 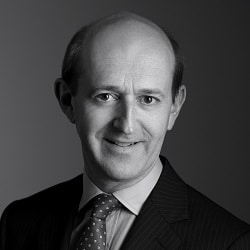 Like many businesses, law firms are facing an uncertain future as a result of the economic crisis caused by Covid-19. Most will have taken up the option of deferring VAT payments, but this only delays the liability until 31 March 2021 and it is predicted that a real crunch point is likely to take place towards the end of the year, with the January tax bill looming.

Some commentators are predicting a bloodbath in the legal sector and there are reports of members seeking to jump from their sinking ships and others being ejected. So how easy is it to leave an LLP, what circumstances may cause a member to be ejected and what should members be wary of in the current economic climate?

If the LLP has suspended any drawings (which it should do if it is in financial difficulty), it is likely that the departing member will be in significant financial strain and their ability to earn an income will be further restricted by any post-termination restrictions that will curtail their ability to compete with the LLP.

This is likely to cause significant disputes as firms try to retain key clients in the face of falling revenue and others may consider poaching key individuals or teams to target key clients and sectors.

Firms are also seeking to cut costs and we are hearing of reports of non-performing partners being ejected from the LLP. However, care should be taken to avoid significant disputes. To expel a member, the LLP will need to rely on the express terms of the members’ agreement; in the absence of an express power there is no automatic right of expulsion.

Most members do not want to join an LLP where there is a risk that they will be summarily ejected, so it is normal for the right of expulsion to be pretty restrictive and care should be taken to ensure that the terms are adhered to, as it is likely this will be subject to challenge. 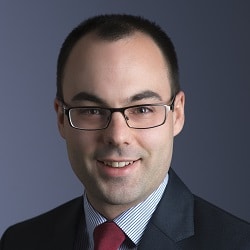 If an argument can be raised in this respect, the departing member will typically assert that that any ongoing restrictions do not apply, bring a claim for damages or petition for unfair prejudice (if such a remedy is not excluded under the LLP agreement).

In the current climate, it is also worth considering what would happen if the LLP became insolvent. In these circumstances the insolvency practitioner will look to recover sums from the members, for example, drawings taken ahead of the insolvency pursuant to section 214A of the Insolvency Act 1986 (assuming, as expected, this provision is not amended as part of the relaxation on the rules relating to wrongful trading).

Further, the members will remain liable to make their capital loan contributions and any personal guarantees they have given for the debts owed by the LLP.

For remaining members, the saving grace may be if the insolvency practitioner is able to sell the business as a going concern, with the members joining the ‘merged’ firm. If this can be achieved, then an agreement will often be reached to roll over the capital loan repayments of the joining members into the merged business and otherwise mitigate their liability.

Retired or ejected members (in the absence of a guarantee being given by the other members) will have to claim in the liquidation for the return of their capital contribution, but it is likely that there will be a significant shortfall between the amount repaid and the capital loans owed.

They will also remain liable for any claims arising out of the liquidation and debts they guaranteed while they were a member.

It is difficult to predict whether a member would be financially better off by jumping ship or riding out the storm with the other members.

In such a period of uncertainty, perhaps the only thing that can be guaranteed is that there will be a significant rise in litigation, with an increase in disputes between members, departing members and insolvency practitioners, who will still seek to recover sums from members who may already be under significant financial strain.