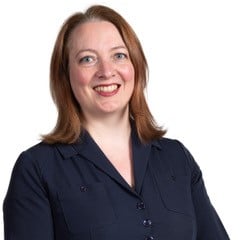 Nobody is under any illusion that the small claims track (SCT) portal is in some disarray.  The MIB (responsible for building the portal) has held public information meetings, but these have simply focused attention on the lack of joined-up thinking between stakeholders, notably the Ministry of Justice (MoJ) and the Civil Procedure Rule Committee.

Exemptions from the portal (minors and protected parties) have underscored the truth that the system won’t cope with any but the simplest of claims, and a number of experts have warned about the threat of fraud, customer exploitation by unscrupulous claims management companies, and the concomitant risk of customer detriment.

It is all a far cry from then MoJ minister Rory Stewart’s emollient statement to MPs during the passage of the Civil Liability Bill through Parliament: “It is important to ensure that the system really works and that we have tested it again and again before rolling it out, because otherwise a system designed to increase access to justice may inadvertently decrease that access through the malfunctioning of the online portal.”

The April 2020 deadline is looking increasingly unrealistic. The list of concerns grows every time the MIB and MoJ face industry scrutiny.

And at the most recent meeting, which I attended, some key questions emerged over the portal’s treatment of credit hire, concerns that were exacerbated by justice minister Lord Keen’s 10 July letter to our colleagues at MASS.

Even its fans would say that credit hire is esoteric, a much-misunderstood part of the claims value chain. And yet, credit hire companies (CHCs) provide mobility to hundreds of thousands of RTA claimants each year, often as a supplier to the non-fault customer’s insurance company.

It is a billion-pound industry employing thousands of people, and helps keep the economy on the move.

That misunderstanding goes all the way to the desk of Lord Keen, who noted in his letter: “Credit hire will be dealt with, via the portal, under existing agreements (such as the GTA and bilateral arrangements).”

Well, up to a point. A significant proportion of credit hire claims, say 25% of the total, do not fall into either the Association of British Insurers’ General Terms of Agreement (GTA) or bilateral arrangements.

Instead they are subject to individual negotiated settlement between credit hire company and insurer, either because the GTA is no longer applicable to them or because they were never part of the GTA and are subject to common law interpretation.

In the event of failure to settle, these cases tend to be litigated. Of course, a proportion of GTA/bilateral cases also fail to settle, and end up in the courts.

The minister goes on to state that credit hire is an insured loss. This is wrong. Neither are credit hire claims subrogated (as the minister avers). CHCs pursue a claim in the name of the individual and undertake proceedings in their specific name, so cases cannot be treated as subrogated.

In any case, no single credit hire claim is the same. While the SCT portal is designed to manage simple claims where the circumstances are similar, credit hire cases are treated on a case-by-case basis. People’s vehicle needs are different, the period of hire varies, and we need to understand an individual’s financial circumstances.

The current outline journey uses terminology that claimants won’t understand, and it favours insurers by enabling them to intervene in the claim by default in respect of the questions that are asked about their need for a vehicle.

It is in the insurers’ interests to reduce their claims costs, so there is high risk of customer detriment because claimants will not be offered like-for-like replacement vehicles, and neither will they be offered the host of other services credit hire companies provide as a matter of course – for example, home pick-up and drop-off, reduced excesses, provision of child seats, and legal help should the claim go to court.

The CHO has asked Lord Keen to respond to these issues, and we look forward to receiving his reply.

The Civil Liability Act reforms will be debated in detail at PI Futures, which is being held on 25 September in Manchester.