Let’s talk some more about process decomposition… Oh, and farmers 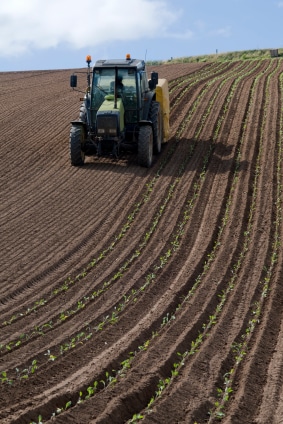 From the farm to the fee-earner

In my last post, talking about the law firm of 2020, I ended with thoughts about how firms could undertake a radical review of their processes- and decide the best/cheapest person to do parts of it. This time I want to pick up on that point and talk some more about process decomposition.

So let’s look at another industry again, this time farming. It is quite similar to law in some ways – a long-established industry, mainly traditional in its approach, and not inclined to change.

I’ve noticed that the farmers around where I live have been working very differently this summer, and as always, it’s all down to the weather – the sun has been a scarce resource this year, at least for extended periods, so when it does make an appearance, there is what can only be described as mild panic in the fields.

In previous years, when the good weather could run for a couple of weeks, then the whole haymaking process was akin to a Turner painting. As there was no rush, it was completed in-house, using mostly antiquated equipment and labour. Whilst there is a fairly basic sequence of cut/dry/bale/store, the quality of the end product can be wildly affected by a number of factors, such as cutting the grass at a certain height and getting down to 20% moisture as quickly as possible. These and many others are all vital to energy retention.

Many law firms are like this. They’ve been in business for many generations, working in the same way, with basically the same end product. Whilst the final advice will be good, the experience for the client can be painfully slow whilst all the steps are performed in-house. As I’ve been told by solicitors when moving house, “It will take as long as it takes”. And for the most part I’ve accepted it, as I have no option. But the legal climate is changing, clients expect more for less, and quicker.

This year the rain has forced traditional farmers into a corner. To deliver a product themselves within the acceptable parameters just isn’t possible, and as the product is for their own consumption, they tend to be concerned about its quality.

They have taken the cut/dry/bale/store process steps, and have outsourced those parts which can be completed quicker by contractors. Now instead of an ancient hay wain trundling past after a week’s work, laden with small bales (and usually an equally ancient farmer on top), heading for a Dutch barn somewhere, the bailing is completed in a couple of hours with large round bails wrapped in plastic and stored in a field. OK, there is a cost, but nothing compared to the substantial cost of losing the crop entirely and having to buy in.

The long hot summers of legal services have come to an end. The clouds were gathering for some time, but the recession has really put the dampers on it. Individuals and firms have pulled back on their demand for legal services, and when it is requested they are looking for a substantially reduced cost. Hourly billing, which was previously tolerated, is now seen as just a cover for institutionalised inefficiency and outcome-based pricing is being demanded by general counsel, firms and individuals.

As the processes guru, Deming, said – if you can’t describe what you do, then it isn’t a process. And the only way to deliver a substantially more efficient legal service is to firstly break down everything that the firm does. In effect to decompose its processes into tasks that can then be undertaken in the most efficient manner as possible.

I’d not usually propose that decomposing processes is done by the people who actually do the work. Understandably they are too defensive of their current activities, have a tendency to be on ‘the cutting edge of tradition’, and to be honest don’t have the right skills. There is however a new breed of analyst emerging – the legal process analyst.

These individuals have a deep legal insight, but also a training in analysis techniques and methodologies. They are the ones who are able to subdivide the legal processes into meaningful and manageable chunks, identifying the most appropriate supplier of services for each.

Document review, legal research, and project management are all areas that could quite easily be outsourced to supporting organisations at a lower cost, but also in many cases at a higher quality. By removing the ancillary activities, the core legal competencies, for example case strategy and tactics, are retained within the firm with greater focus

If you decompose any work into its component parts, then whilst some bits may require face-to-face discussions (at a price), or be retained in-house, the vast majority of the case can be handled very differently. Senior partners in many firms are still starting with a blank piece of paper for each new client and high hourly rates are still being billed by junior lawyers undertaking routine administration work, whilst the latent demand for legal services from the bulk of the population continues to be unmet.

But on the technical journey we’re travelling, these are areas where technology will allow mass customisation, multi-sourcing of delivery and the commoditised delivery of services to those who currently cannot afford them. The lawyer of the future needs to have these tools to hand, as much as their client relationship skills.

So next time you’re going to see a client and get stuck in a line of traffic behind a tractor, instead of swearing at it, just think of it as part of an outsourced process – and perhaps you could have acted in the same way.