Leaving the law was the best thing I did

To mark Mental Health Awareness Week, we have teamed up with LawCare to run blogs on aspects of mental wellbeing. This anonymous contribution follows another related to the week’s theme of body image here. 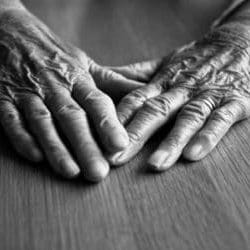 Tuesday, around 6pm: In walks a senior associate to my room and sits down at the chair next to my desk. She says: “We’ve just been instructed on a new deal. Timing is tight on this one. There’s a kick-off meeting happening in one hour in Jack’s office – can I count you in?”

At that moment, a whole myriad of emotions and mind chatter are going through my head – “there goes my evening”, “why can’t I just have the night off?”, “I better say yes to show my keenness”, “is working like this normal?”, “what is normal?”, “why am I asking so many questions?!”

My response is quite simply “See you in an hour”, with a smile on my face.

This particular deal saw me stay in the office for the next five nights, with barely two hours sleep each night in either one of the office sleep pods or a sofa in a corridor.

I had just qualified into the leveraged finance team of a magic circle firm and the world was my oyster. Except it wasn’t my world. I had no control over what happened during my day; what work I was to work on; how long my work day would be.

The only thing I had control over was the colour of the shirt I wore. Otherwise, it felt like my destiny and life’s direction was always in someone else’s hands.

Over time, I started to fall out of love with the law and it’s lifestyle in a big way. I wasn’t interested in how many noughts the deal had on the end of it – it just didn’t excite me anymore.

This was coupled with the fact that I and those who knew me well could see what effect the job was having on me, such as losing weight at an unhealthy rate, always feeling anxious and on edge, and generally downright miserable.

I felt such things couldn’t be discussed at work for fear of being judged, which ultimately may have an impact on my ability to progress up the ranks of the firm.

There came a moment when I decided enough was enough – it was time to take back control of my life and do something for me.

I tried to address this by moving to a smaller firm in London, but encountered all the same issues and after 18 months or so, left without any idea of what I was going to do – other than the realisation that I had made the best decision for me, and that I would figure it out.

I felt as light as a feather the day I walked out of law for the last time. I spent the first few months volunteering for a large tree-planting scheme in my area, which I found very rewarding and gave me a sense of helping to build something that would last well beyond my time on this earth.

It was during this period that I realised I had a deep sense of wanting to help others.

I applied for and was offered a position as a carer for individuals struggling with varying stages and types of dementia. I was working inside a care home and received all the necessary training to deal with any situation that may arise.

After about seven months, I moved to another care home which was more a general nursing home, where I worked within a team regularly assisting with end-of-life and palliative care.

I absolutely love working in care – it is completely in sync with my own values and every day, whilst challenging at times, is incredibly rewarding.

The new perspectives these roles have given me on my own life have been remarkable. Working with those at the end of their lives has made me want to help those who still have amazing lives to lead, whatever their age. As such I am also training to become a life coach, which I am thoroughly enjoying.

The turnaround for me has been tremendous. I often think of the old me, sitting at my desk on that Tuesday around 6pm – how different and rewarding my life is now staggers me.

Life is for living – you only get one shot – make it count and don’t be afraid to do something different. It might just be the best decision you’ve ever made.