Laying down the law 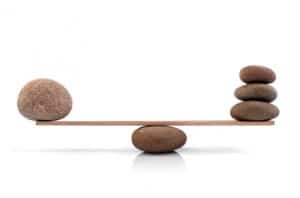 Getting the right balance: consumer panel wants non-lawyer majority sooner rather than later

The argument over the make-up of the board of the Solicitors Regulation Authority (SRA) (and the Bar Standards Board) might seem somewhat esoteric to many practitioners, but it goes to the heart of the Legal Services Act reforms.

Under the Legal Services Board’s (LSB) internal governance rules, the boards of approved regulators should have a lay majority. The LSB expect each regulator to be fully compliant with the rules by the end of October 2010 “unless it is demonstrated on a case-by-case basis that this would be disproportionate”.

In their regulatory independence certificate – which confirms compliance with the rules, or how compliance will be achieved – the Law Society and SRA said they intend to work towards a lay majority, but that effectively it will not happen until 2013. They say they don’t want to disrupt the current board’s work, which is understandable to the extent that we are now only 15 months away from alternative business structures and outcomes-focused regulation.

But as I have reported (see story here and here), the Legal Services Consumer Panel has made it abundantly clear that it does not want to wait that long, and called on the LSB to show “strength” in dealing with the issue.

This is a problem caused, in part, by timing. The LSB first published draft internal governance rules in March 2009, in which it stated its intention to require a lay majority on regulatory boards. But the rules did not come into force until 1 January 2010. Also during 2009 the Law Society conducted the recruitment process to appoint a new SRA board and, though clearly aware of the LSB’s intentions, was not at that point under an obligation to adhere to the lay majority requirement. (Nor was the Institute of Legal Executives, by the way, but it introduced a lay majority from the start.)

The majority of respondents to the LSB’s consultation opposed the requirement, but the LSB decided: “Significant non-lawyer involvement is important, both in reality and perception. Non-lawyers (by which we do not mean ‘a collection of the great and the good’, as one respondent framed it) can bring significant expertise from other sectors of business and industry; of best practice in regulation and corporate governance; of consumer affairs; and of challenging assumptions. From the evidence we have seen, significant non-lawyer involvement also gives consumers and the public assurance that regulation is applied and enforced objectively and robustly.”

Nobody seriously argues with the use of lay members. From what I have seen sitting through more of these kinds of meetings than you can imagine, the involvement of non-lawyers on the Law Society Council in the past and now on the various regulatory boards does give them a more rounded view and access to what is happening elsewhere in the professional and business world. Nobody questions the quality of the boards’ members or the independence of mind of the lawyers thereon, or that collectively they operate unambiguously in the public interest.

So, in the case of the SRA board, the debate essentially comes down to whether it should have nine solicitors and seven lay members, or seven solicitors and nine lay members. This is about not just the principle of independence from the profession, but also – and to me this is the main reason – being seen to be independent. This in turn is the legacy of how regulation was done in the past, when (according to the Clementi report) some decisions of the Law Society Council and Bar Council were made more in the interests of the profession than the public.

Lawyers may not like the implication that they cannot be trusted, and would probably prefer regulation to be in the hands of those who know legal practice, but if ever there was a clear symbol that the Legal Services Act is about rebalancing the system to ensure the interests of the public/consumers/clients are put first, then this is it.