Lawyers fight for justice, armed with tweets and blogs 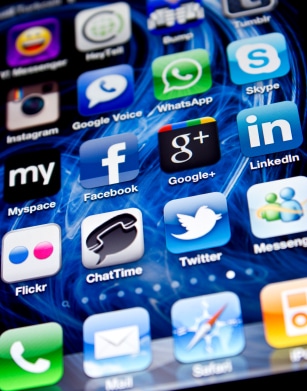 The various attempts by the Coalition government to reform the delivery of legally aided criminal defence services have encouraged the legal profession to embrace two novelties: the extensive use of social media as a form of activism and a unity of purpose.

Barristers and solicitors have been blogging and tweeting extensively on the proposed legal aid cuts, the introduction of the Quality Assurance Scheme for Adovcates (QASA), and the consultation on price-competitive tendering (PCT) in recent months. The online medium has been embraced not only by representative groups like the Criminal Law Solicitors Association and the Criminal Bar Association but also by individual lawyers, for commentary, analysis and active dissent.

The blogosphere and Twitter have, of course, been around for several years now. Both have been an outlet for frustrated or repressed citizens and interest groups, allowing a greater freedom of expression and protest; they have also been used as vital organisational tools. Primary examples, in both positive and negative contexts, include the Arab Spring of 2011 and the London riots of 2012.

The legal profession as a whole has been fairly slow to engage, presumably because of the value afforded to traditional (and lengthier) forms of communication in legal culture, the caution exercised by professionals engaged in confidential work, and perhaps a dose of natural conservatism that most adults share when it comes to the popular and the new.

But social media is now a serious tool, used by major companies as a major marketing weapon and it is, for better or worse, unavoidable. There are plenty of individuals and groups from the legal world who have been active bloggers and tweeters for several years. But the last few months have seen the profession’s use of social media for the purposes of protest grow quickly and with more focus.

The imminent threat of enforced changes, heavily criticised by the defence community, have arguably forced a change in behaviour and attitude; a snowball effect has drawn more and more interested individuals to this ‘new but not new’ arena of expression, perhaps on the basis that its immediacy and accessiblity helps get the message out. We recently saw a peak in such activity, with the hashtag ‘SaveUKJustice’ sitting atop the trends on Twitter. Arguably this has been of great benefit to the defence community’s fight to save its soul.

Last week’s mass ‘stay away’ of more than 400 barristers on the Northern Circuit could surely not have been as successful on such a scale without the organisational capabilities of social media. This is not to underplay the role of face-to-face conversations between lawyers, which remain the bedrock of communication in the legal world. But without the rallying calls issued online, the momentum built by the Internet activity of angry defence lawyers, and the awareness of the big picture across the entire profession and the entire country, the collective who walked out might not have had the confidence and motivation to do so in such numbers.

And without putting its money where its mouth is, the anti-cuts, anti-QASA, anti-PCT movement would now seem more like the ‘noisy minority’ it has been labelled by Bar Standards Board chair Baroness Deech. Instead, the actions of Northern Circuit barristers, and impending repetition in other circuits, suggests something big is gathering steam.

Later this month, something like 500 solicitors and barristers will gather for what could fairly be described as an ‘historic’ meeting in London to discuss the aforementioned threats – this sort of unity is in itself unusual. Although not as divided as they once were, the two separate strands of the English and Welsh legal profession remain at odds in many ways, rivals with competing interests (particularly when it comes to the overlap between higher court advocates and barristers).

However, in the face of the Coalition’s ‘divide and rule’ strategy, the defence community appears to have come together, in the belief that both are doomed without collective action. This has happened before, most notably in 2009 when the former Labour government attempted to introduce best value tendering (now rebranded as PCT); but not on such scale and with such determination. Indeed, 100 Manchester solicitors attended the first part of the Northern Circuit’s aforementioned protest – a remarkable gesture. And this is likely to be only the beginning.

Again, social media has presented an opportunity to build a united front and a joint message. Retweets, interconnected blogs and comments sections have brought both solicitors and barristers together and disseminated information rapidly. Communication is, of course, vital in any alliance, and one could speculate that the micro-exchange facilitated by social media has strengthened the defence community in its battle to survive.

Considering the determination of the Coalition to see through its plans and the difficulty of conveying a convincing message to the public, such unity may be the profession’s strongest card.

Equally, social media may represent the key to persuading the public that its real interests are in danger – there are few more direct and accessible mediums available. Either way, the forum of online debate and dissent amongst the profession remains a fascinating and informative source for the observer, as well as a vehicle for lawyer activism.

Dr Tom Smith is research assistant at the Plymouth Law School’s Law and Criminal Justice Centre. He blogs at The Zealous Advocate