Lawyers and the Big Society 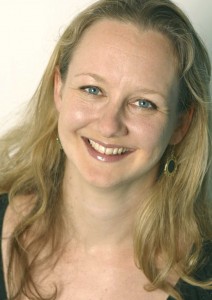 Valentine’s Day 2011 will be remembered for three things: the end of two major consultations into the future of legal services; David Cameron re-launching his Big Society; and the first Valentine’s card from my daughter.

Well, ok, maybe no one will remember the first two and only I will remember the third. But there is a striking coincidence in the prime minister extolling the virtues of the Big Society just as one of his government departments starts to finalise its plans for gutting legal aid. And it’s made me wonder just how many lawyers really ‘do’ the Big Society.

Before you think I’m straying off the Legal Futures agenda, I do think law firms have to think seriously about where they fit into David Cameron’s grand, strategic vision (although I confess to feeling a little baffled about what it actually is). Good corporate social responsibility (CSR) is integral to a firm’s business plan, not an add-on, as any CSR professional worth their salt will tell you (and yes, they do exist). So what does this mean in a law firm? Is attending the odd legal advice clinic or setting up a small pro bono unit going to cut it?

Pro bono work is a bit like foreign aid and can cause more harm than good. Some legal aid lawyers have told me that City firms should “stop meddling just to make themselves feel better”. And the small legal charity for which I am a trustee would far rather have the cash to pay our existing, mostly part-time and excellent lawyers, than the occasional bit of pro bono help from lawyers who spend their days doing mergers and acquisitions, and know little about our area of law.

There is a strong argument that it’s precisely because City and large regional firms undertake pro bono that successive governments are able to attack legal aid. Whether or not this is true, and of course firms and governments would be as one in denying it, there is no doubt that firms are increasingly being called upon to fill the gaps left behind. I think leaving access to justice up to chance is a dangerous game, but if that’s where we are, how best can law firms respond?

Just as lawyers have to become more responsive to the needs of paying customers, so they should respond to what non-paying customers really want. I have no doubt that many legal advice centres will continue to want and welcome pro bono advice from non-specialists to keep them going. But in many cases I think they’d rather have the money.