Lawless lawyers: Is dishonesty really worse than a sexual offence? 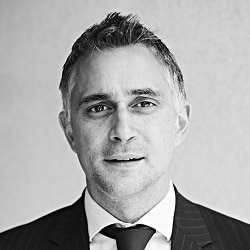 Recent decisions from the disciplinary tribunals governing both solicitors and barristers have seen a uncomfortable trend: some of those committing sex offences are allowed on carry on practising as lawyers, whilst almost anyone guilty of dishonesty continues to be struck off with little hope of return.

For any solicitor found to have acted dishonestly, it is a cliché to say that being struck off is all but inevitable.

The fundamental purpose of this is “to maintain the reputation of the solicitors’ profession as one in which every member, of whatever standing, may be trusted to the ends of the earth. To maintain this reputation and sustain public confidence in the integrity of the profession it is often necessary that those guilty of serious lapses are not only expelled but denied re-admission”.

One example is the alarming case of Sovani James, a junior solicitor who – whilst working in an overloaded and toxic environment whilst battling a mild depressive disorder and anxiety – resorted to making nine misleading statements and backdating letters to appear as though she had worked on cases when she had not.

The SDT was highly critical of her employer’s working practices and suspended her from practice.

However, following an appeal by the Solicitors Regulation Authority (SRA) in 2018, the High Court ultimately struck off Ms James. Mr Justice Flaux said “this was not isolated dishonesty or a moment of madness but repeated dishonesty over a sustained period of time”.

An even more extreme example of this doctrine is the case of Emily Scott, a trainee solicitor who actually blew the whistle on her supervising partners, two rogue solicitors who were deliberately overcharging vulnerable clients.

Despite what might many would consider a brave report to the SRA, Scott was shown no mercy and struck off in 2019, along with her supervisors.

She remarked of the SRA: “If I hadn’t blown the whistle, that company would still be ripping people off. They encourage you to give them information, then hang you out to dry. This could potentially prevent others coming forward in the legal world.”

Apart from a ‘one-off’ incident with very substantial mitigation, it seems there is little one can do to mitigate a finding of dishonesty. Perhaps oddly, the same does not seem to apply to solicitors who commit sex offences.

In 2018, Alastair Main, a solicitor formerly at global investment manager Schroders, avoided being stuck off by the SDT despite being convicted of sexual assault, and racially aggravated assault, and then placed on the sex offenders register for five years.

The offence involved calling a young colleague “an Australian slut”, pulling up her skirt, slapping her bottom and pouring a pint of beer over her.

The SDT suspended Mr Main for 12 months, ruling that he “had already been punished by the criminal courts. Protection of the general public was not an ongoing issue. In terms of managing the reputation of the profession, his conducted merited some interference with his ability to practice”.

On appeal, the High Court increased the suspension to four years but refrained from striking him off.

In 2020 Ravi Khosla, a 41 year-old consultant solicitor faced the SDT after having pleaded guilty to sexually assaulting an 18 year-old woman at a taxi rank.

The young woman explained that it was one her first nights out when Mr Khosla, a stranger at the taxi rank, had a short conversation with her and then put his hands around her hips, squeezed her bottom hard, pulled her towards him and tried to kiss her. She said she felt dirty and shocked.

The SDT, having heard substantial mitigation, including a reference from the then chair of the Criminal Bar Association in Mr Khosla’s favour, found that he was highly unlikely to repeat his misconduct and that he was a highly respected and competent lawyer.

Mr Khosla was neither stuck off nor suspended but fined £17,500.

Last December, Samuel Charkham, a senior partner who, among other things, repeatedly groped his secretary’s bottom, was fined £30,000, with the SDT deciding there was no “significant risk” that he would repeat his behaviour.

It was “unfortunate”, the tribunal said, that the solicitor “did not perceive the total unacceptability of his actions, and that others, particularly [the victim], would see them as predatory”.

One wonders what the Court of Appeal in Bolton v The Law Society – headed by the then Master of the Rolls, Sir Thomas Bingham – would have made of these decisions. To use its words: do these judgments really “maintain the reputation of solicitors and sustain public confidence in the integrity of the profession”?

It seems that decisions at the Bar are fairly similar.

In September 2019, Daren Timson-Hunt pleaded guilty in the magistrates’ court to one of the first offences of ‘up-skirting’.

Mr Timson-Hunt had hidden his phone under his leg whilst travelling on a tube. He used it to take a covert photograph up a female passenger’s skirt. He later following closely behind her up the stairs.

The Bar disciplinary tribunal deemed it sufficient to suspend Mr Timson-Hunt from practising for six months.

In December 2019, Sam Clement Brown was also merely suspended for six months after the unwanted groping of a Bar student who he supposed to be was mentoring.

The tribunal found Mr Brown was far from contrite about it: “He was and is a senior junior barrister practising mainly in criminal law. We recognise that Sam Brown has been under considerable emotional and professional pressure since early July 2017 when these charges were first intimated to him. In certain aspects, particularly his motivation for prolonging two long drinking sessions with the complainant, his evidence was unconvincing.

“When faced with incontrovertible evidence of her having been very drunk, he refused to accept it. He minimised the alcohol that he said she had consumed.”

Of course, not all of these instances of sexual misconduct/offences were prosecuted, or proved, to a criminal standard. But the same can be said for dishonesty offences – the vast majority of which are never prosecuted in the criminal courts. It seems that, typically, the key facts are agreed by all sides in any event.

Indeed, on the recent pattern, one might observe that if an older male lawyer sexually harassed his female junior, even to the point of an assault at work, he stands a fair chance of not being struck off. But, if he persuaded her to backdate some of his letters, then both of them will almost certainly be struck off. Is the pattern not concerning?

Looking at this developing pattern, perhaps it is now time for the lawyers of England and Wales to ask themselves the following:

If lawyers still aspire to be “trusted to the ends of the earth”, then perhaps we ought to start off considering this apparent disparity.

With the Bar Standards Board announcing a review of its sanctions guidance for sexual misconduct cases last month, perhaps we will start getting some answers.