Law and money: Not the usual story

A guest post from Mark A Cohen, who runs US legal consultancy Legal Mosaic 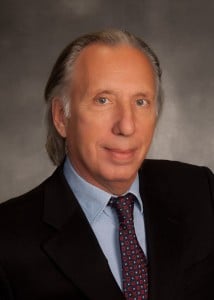 Cohen: the story about law and money has turned a page

Stories about law and money are as common as corned beef and cabbage on St Patrick’s Day. They usually chronicle large law firm acquisitions, peripatetic laterals, or practice groups migrating to a firm with a higher profit-per-partner.

Recent events involving a US legal service provider, a Chinese law firm, and a UK firm confirm that the law and money story is developing new plot lines emblematic of changes in the global legal services landscape.

Avvo and its latest stash of cash

Avvo, an online legal marketplace and legal directory that provides legal advice and information on a fee basis, was launched in 2007. The company has been well capitalised from inception, and by 2014, $60m (£38m) of institutional funds had been pumped into it. But that was just an opening gambit. Avvo recently raised an eye-popping $71.5m additional round of funding at what Bloomberg reported was a $650m valuation.

What will the company do with that huge cash infusion? Hire more engineers, create new product offerings, and expand headcount – mostly non-lawyers. Not bad for a company that launched eight years ago and, in the words of its CEO, Mark Britton, “we’re just getting started”.

Avvo operates in the retail end of the legal vertical where there is a huge consumer appetite for affordable products and services. The company is not a law firm but it does connect lawyers – about 225,000 – to clients. It also offers an advisor service where customers are charged $39 for a 15-minute consultation with a lawyer.

Avvo is the legal equivalent of Match.com, utilising technology to create a marketplace of buyers and sellers fed up with “the usual suspects.” Let’s hope that Avvo’s customer satisfaction rate rivals Match.

Should it come as a surprise that a legal technology company could raise so much outside capital and grow so quickly? Institutional money saw an opportunity, and Avvo is by no means its sole beneficiary. LegalZoom, another legal IT company operating in the retail end of the market, recently raised $200m in a private equity round before pulling the plug on an IPO. And there are many other examples to choose from.

Institutional investment dollars are flowing into the corporate segment of the legal market, too. Axiom, a legal staffing company that admonishes customers to “Forget everything you thought you knew about legal services”, has raised tens of millions to upgrade IT as well as to expand its global operations. Axiom has migrated up the legal supply chain, often competing head-to-head with law firms for corporate business.

But Axiom is not a law firm, meaning it does not ‘engage in the practice of law’ or retain ultimate risk. This has enabled it to reap the benefits of its corporate approach – both as to structure and delivery – without the constraints and cost escalators of the traditional law firm partnership model.

If this sounds like a new story about law and money, it is.

And don’t dismiss the possibility that well-capitalized, diversified legal technology companies like Avvo and LegalZoom might one day migrate to the ‘fat middle’ of the corporate legal market. Axiom and a growing list of legal service providers are already siphoning off hundreds of millions of dollars from law firms, identifying slices of that fat middle ripe for prying loose from law firms saddled with very different economic models. Think of it as ‘the corporate versus the law firm model’.

China: a hotbed of global legal growth and dynamism

China has been in the legal press a great deal lately. A number of eye-opening developments have occurred, the cumulative effect of which is that China has emerged as a legitimate player on the global legal stage. And we are not just talking about domestic firms mining their own market.

China’s Dacheng law firm partnered up with Dentons, making Dentons the world’s largest law firm by headcount. This was not just another Dentons conquest; Dacheng continues to practice in its own name in China and taps into the Dentons global brand to capture a piece of its clients’ substantial overseas investment. Baker & McKenzie, another global goliath, has recently joint ventured with China’s Fen Xun.

Then there is Big 4 accounting giant Ernst & Young’s entry into the Chinese legal market via a deft regulatory dance that resulted in the creation of DA Partners, a licensed Chinese law firm.

This is significant because: (1) it is further evidence of the Big 4’s incursion into the legal vertical, apart from its substantial existing role in global legal consulting; (2) it is another inbound-outbound play by a Chinese law firm seeking to expand its capacity to service clients not only domestically but also globally; and (3) it demonstrates the regulatory fluidity of the Chinese legal vertical and its intent to capture not only a vast domestic market but also to be in the vanguard of a global one.

The outward push of Chinese law firms is turbo-charged by China’s ‘One Belt, One Road’ (OBOR) development strategy enacted in 2013. Tracking the ancient Silk Road, OBOR grants Chinese companies – and law firms – entry into 66 countries throughout Asia, Africa and Europe, enabling them to partner with domestic firms to retain a tighter hold over investment there as well as to represent inbound legal work.

This policy is green lighting Chinese firms’ emergence as important players not only throughout the fast-growing Asian legal market but also into Africa and Europe. And who knows where it will go from there? China is quickly emerging as a vibrant player in the $650bn global legal vertical.

Which brings us to the latest news: the announcement that Chinese firm Shandong Deheng aims to raise about £5m by selling shares on a regional over-the-counter market. This is China’s first private placement funding deal by a law firm, making the Qingdao-headquartered firm the first Chinese law firm to issue stock. The firm intends to use the capital raised to lure laterals with books of business and to fuel growth.

While Shandong is neither the first nor the largest global firm to go the IPO route, its move is significant because it: (1) illustrates the liberalisation of regulatory rules governing Chinese law firms; (2) signals a corporate approach in the Sino legal vertical – following precedents in Australia and the UK; and (3) serves notice to US and other Western firms that the Chinese see an opportunity to become major players in the global legal marketplace and are removing regulatory and trade barriers to jump start that effort.

And the beat goes on across the pond

Gateley was a firm that flew under most legal pundits’ radar until it announced not long ago its intent to launch an IPO. And in June, as readers of this website will know, the firm raised around $45m, and sold 30% of its equity to outside investors on AIM. The IPO – like the Shandong Deheng IPO in China – is significant because it portends a global shift away from the traditional law firm partnership model in favor of a ‘corporate’ approach.

Debate over the pros and cons of corporatisation of law firms will likely rage for some time. It will surely amp up in the US, where corporatisation is available to legal service providers and legal technology companies but not to law firms. And while it is still early days for (non-US) firms who have gone the IPO route – excepting Slater & Gordon, which now has almost a decade of corporatised experience under its belt and is thriving – it appears that the trend towards corporatisation of legal services has been clearly established.

US law firms have long had close ties to large banks whose various credit lines have fueled their growth and, for most, have served as a financial lifeline. But in the US, non-lawyers are still barred from being true equity holders in law firms. And increasingly, CIOs, CFOs, and other non-lawyer professionals who drive the business side of law firms have emerged as key players.

The inability of US firms to provide them with equity – not to mention that partnership equity is not the same as equity in a corporate structure – may soon become a competitive drag.

How many of us would have imagined just a decade ago that the legal vertical would witness law firm IPOs from the UK to China; that hundreds of millions of institutional investment dollars would be poured into legal technology companies; that legal services companies would be siphoning off billions from law firm bottom lines; and that China would be flexing its muscles as a new ‘major leaguer’ in the global legal market?

The story about law and money has turned a page, and the new chapter – if not conclusion – is being written. Its authors are client-centric regulators who recognise that clients would benefit from reregulation that stimulates innovation and enhanced competition. And that’s not necessarily a sad ending for lawyers but it certainly is a wake-up call.