Just when the PI sector thought it couldn’t get any worse, George Osborne happened 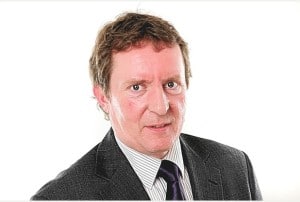 Ever since the legislators introduced the Access to Justice Act in 2000, claimant personal injury (PI) law firms have taken a whipping of some sort; from insurers blaming them for escalating car insurance costs to the media berating the sector for the UK’s perceived claims culture.

Of course, it wasn’t the solicitors that created the commercial environment. Meanwhile, those that did appear to be made of Teflon and have been able to shift responsibility for the outcome.

Then in 2013, LASPO was introduced and in 2015 when it really started to bite, impacting work streams and revenues, George Osborne stuck the knife in yet again with the Autumn Statement.

Over the past year, those firms that successfully negotiated a pathway, enabling them to survive and thrive, are those that carved out a sustainable business model, using a number of different strategies to do so, and were proactive and/or inventive in dealing with change within the spirit of the regulatory framework.

Some firms consolidated their activities away from claimant PI; others sold certain streams of work in order to focus on specific areas of claimant PI law while undertaking an HR restructure to ensure profitability; some firms sold their work in progress (WIP) and used the capital to cover redundancies and restructuring departments; while others have worked with us, outsourcing a run-off that can achieve them up to 100% of the value locked in their WIP.

Our expertise in the PI arena has become more widely known and during 2015, I was able to discuss the management of risk in claimant PI firms to delegates at a Westminster Legal Policy Forum event. I told them that I thought the most exciting and best outcome that would be driven through the industry as a result of LASPO, in 2015 and onwards, was the inevitable improvement in the average levels of risk management within claimant PI firms.

The exciting bit is not the reduction in fees, but the behaviour that will bring.

The need to be good managers of risk has resulted in the numbers of firms specialising in claimant PI in Scotland dropping dramatically over the decades and this could easily happen in England and Wales. The benefit to the claimant is greater consistency in the standard of advice and service, proportional to the situation the claimant is having to deal with.

It is this concentration of specialism into a limited number of firms that not only drives up the average standard of care the client receives, but also impacts on the routes to markets and ultimately the standard of case that is presented to the third-party insurer. The economics of claimant PI may be the biggest influencer on how work is acquired, as opposed to just a ban of referral fees.

One positive in the autumn 2015, was that the usual problems with professional indemnity insurance (PII) renewal didn’t surface, with only a small number of firms struggling to obtain new cover.

But then the bad news – the Chancellor’s speech happened.

We know it has affected firms – we’ve fielded far more enquiries than usual – but we’ll find out the true effect of his shock announcement, in terms of limiting the categories of claimable events, later this year. I do not imagine that many were surprised at the re-emergence of the proposal to raise the small claims limit, but the removal of certain types of injury as claimable events may, for most, have come from left field.

In the immediate aftermath of his speech, the news sent the share prices on insurance companies soaring, while Slater & Gordon watched its value halve in just a few hours.

Of course, nobody has a crystal ball, but I’ve made some predictions for 2016, so watch this space.