It's all about the brand – oh yes 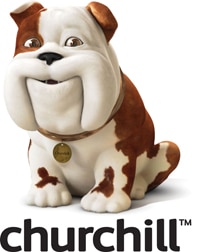 Would you seek legal advice from this dog?

‘Tesco Law’ is a phrase that, thankfully, is finally dying out as the reality of alternative business structures (ABSs) takes hold, but what it represents – big brands entering the legal market – has become truer than ever this week.

First there was Direct Line Group’s long-awaited announcement of its plans to set up a law firm, and then on Wednesday we revealed that the Stobart Group has added an ABS to its barrister service.

The threat of big brands has been cited for many years now, but despite The Co-operative Legal Services it seemed to be fizzling out a little – it was all about the potential, rather than the reality. With the launch of several insurer ABSs and now Stobarts, it is an issue that has burst back into life. It is an age ago that the AA and Saga announced their plans to form ABSs and they must surely be in the offing too.

Putting aside question of how these businesses will actually operate – how will DLG Legal Services work within the referral fee ban, and is Stobart’s ABS a rowing back of its ‘you don’t need a solicitor, go to a barrister’ rhetoric? – this week’s are significant developments.

A not unexpected or untypical response from one solicitor writing online was this: “A haulage company advising clients as to the law? What a fantastic idea. Why hasn`t anyone thought of doing this before? PS next week I am having my cat neutered by British Aerospace and ordering a new hallway carpet from PowerGen.”

Essentially, non-legal companies have no business in the law; everyone should stick to their knitting.

But you don’t have to look far to see savvy businesses doing exactly the opposite. As Trevor Howarth, the brains behind Stobart’s foray into the law, put it at last November’s Legal Futures conference: “A record shop runs a railway, a bulldozer brand sells boots, you can get your last will and testamant from a grocery chain and a personal loan from an underwear retailer; [there’s] a food chain that’s now a bank and a transport service that now delivers legal services.”

It’s obvious, but it’s all about the brand. The Virgin brand ‘means’ something. So does Marks & Spencer’s brand. That’s why consumers are prepared to go with them when they diversify and extend their brand into new areas. And there is no real brand – as in, one that consumers recognise – in the law to speak of.

Mr Howarth is unashamedly banking on the power of the Stobart name – this is a brand, let us not forget, that has spawned a television documentary (now in its fifth series on Channel 5), a cartoon, a fan club with more than 20,000 members, celebrity trucks spotters, ‘Stobart Fest’ (an event allowing fans to meet the trucks and drivers from the television series, attracting 15,000 visitors last year), and even a Christmas charity song.

I can’t say I’ve ever understood the devotion some people have to Eddie Stobart, but it is an extraordinary base from which to launch. While US firm Reed Smith makes (a good spot recently by Roll on Friday), I shouldn’t think the tills are ringing non-stop and there’s no QualitySolicitors Fan Club – so far. That may yet be the plan, however. Certainly the business is gambling a lot on brand.

Then there’s Direct Line, with its eight million policyholders. Most of those, no doubt, wouldn’t know where to go to seek legal advice should they need it. DLG Legal Services makes it a lot easier. It won’t be everyone’s cup of tea, but when you have that many customers, it doesn’t need to be.

I was gobsmacked a couple of weeks ago to hear a radio advert from Churchill (a Direct Line brand) whose sole purpose was to promote its legal advice line – I’d never come across an insurer making a virtue out of the access to legal advice they provide, as opposed to hiding it in the policy small print. Now we know why.

Last week we reported on a very interesting study by Finaccord on who’s who in the growing world of affinity schemes. Again it is about brand. If you’re an SME unsure where to go for legal advice, then the service white-labelled for the Federation of Small Businesses is a good place to start. ABSs are already making in-roads into this market.

There are many reasons why these companies are doing this – DLG Legal Services may not make a material contribution to the group’s profits, as its statement said, but it will presumably stem the losses that would otherwise be incurred through losing referral fee income. For some it is all about customer capture and the additional products they can then sell.

These are very successful businesses for a reason. They have customer bases and marketing spends that law firms can only dream of. There is clearly a will among a handful of law firms to try and hold their ground and also become brands, such as Irwin Mitchell and Slater & Gordon. also has its eye on this prize. What do all these businesses have in common? ABS, of course.

Solicitors may well complain that the big brands will reduce quality by employing factory loads of paralegals and not giving the personal advice on which they pride themselves. But will the public care? Some people will still want that service, and indeed it may well be vital in some cases, but many others will just want their problem resolved quickly and cheaply – that this is not available now is surely proven by the unmet legal needs of consumers and SMEs demonstrated by bucketloads of research. Law firms would do well to focus on how they can change the way they operate to turn this around.

Solicitors may well sniff at Stobart Law. They certainly did when QualitySolicitors put their stands in WH Smith (double sniffiness). The Co-op, they say, is a somewhat downmarket brand. DLG? People don’t like insurers. But with the AA and Saga in the wings, they stand on a shaky high ground. Would they sniff at John Lewis Law?

Maybe it’s not big brands per se that lawyers are prepared to dismiss, just the brands that have so far shown their hand.