Is the referral fee debate over? 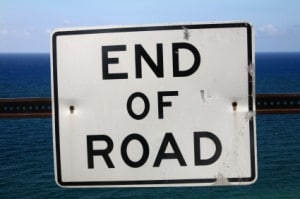 End point: will the Legal Services Board give clear direction on referral fees?

Is the referral fee argument over for good? As we reported yesterday, the results of the economic impact analysis commissioned by the Legal Services Board concluded that the consumer does not suffer any detriment. Though insurers will no doubt continue to dispute this, and some solicitors will still articulate strong points of principle against referral fees, the hard truth is that if they are not distorting the market, the argument to ban them is hard to maintain.

But, while taking no position either way, I am not entirely convinced by the research, which looked at conveyancing, personal injury and criminal advocacy. The conclusions that the researchers, Charles River Associates (CRA), came to on the basis of the evidence before them seem fair enough. What bothers me slightly is whether there is enough evidence here. It feels a touch superficial to me.

CRA is a global consultancy firm that, according to its website, “applies advanced analytic techniques and in-depth industry knowledge to solve the most complex problems”. But what this does not seem to require is a great deal of empirical research. The report is built on an assessment of existing research, such as the Jackson report and the Office of Fair Trading (OFT) market study on home buying and selling; initial interviews with approved regulators and representative bodies to understand the range of concerns regarding referral fees, including attendance at the Legal Services Consumer Panel’s roundtable discussion on referral fees; an “interview programme with market participants”; a survey of estate agents; and a “policy assessment”.

All well and good, but the interview programme consisted of 42 interviews, which included, for example, just one estate agent in the conveyancing section. Many of the issues raised in relation to criminal advocacy were generated by speaking to 10 people – is that really enough to give such weight to their concerns? The survey garnered 179 responses from estate agent members of the National Federation of Property Professionals, a reasonable number, but they do not appear to have been a controlled sample, which means the respondents were self-selecting. In fact, a footnote on page 39 of the 114-page report recognises that “it is possible that estate agents responding to the survey have sought to ‘game’ the survey with those taking referral fees suggesting that the conveyancing service is better than it actually is”.

I was also surprised to hear CRA claim at the press briefing at which the research was launched that the OFT’s study had found no practical problems with referral fees. This is what the OFT actually said: “Our research suggests that there is a clear in principle problem with estate agents earning income from ancillary services sold to buyers. We have also found evidence to suggest that this is more than a theoretical risk… We do not at this stage have sufficient evidence to say which of the possible remedies would be proportionate. We are nonetheless sufficiently concerned to recommend that government consider a statutory response to the issue, perhaps as part of its review of the future of estate agency regulation.” This recommendation is somewhat glossed over in the CRA report.

Another problem, which CRA does recognise, is that much of the historical data comes from a time when disclosure by solicitors and introducers about referral fees was poorer than it is today (CRA says that enforcement has improved, although the evidence for this appears purely anecdotal). So the low level of consumer complaints and so on may say more about that than attitudes towards referral fees.

The consumer panel will release its own report on referral fees by the end of this month, which will include details of various focus groups and other research that it has undertaken. I have no inside knowledge about what this will say (in fact, I was told that panel chairwoman Dianne Hayter has refused even to tell Legal Services Board chairman David Edmonds), but were I a betting man (which I’m not) I would predict that the panel will put the emphasis on the need for crystal-clear disclosure to the client – how about some kind of cooling-off period? – rather than difficult regulatory solutions like reintroducing a ban.

Then it is over to the Legal Services Board for a definitive decision. Referral fees have pushed themselves onto the board’s agenda because of pressure from solicitors and others, and the board appears to be taking a measured approach in making its decision. Among the possible conclusions it can reach is to gather further evidence, but it will also have to bear in mind the pressing need for many within the legal market to have certainty and clear direction on where we are going with referral fees.