Is the insurance market starting to harden for solicitors? 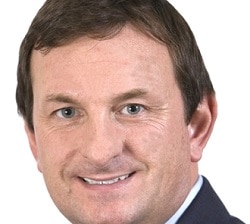 The October 2018 renewal season for professional indemnity insurance (PII) had many of the similar characteristics as so many we have previously experienced.

We saw the ongoing desire from insurers to increase rates, an abundance of insurer choice for the majority of firms and the understandable continued vigilance from insurers around their risk selection process.

Whilst there may be evidence that the insurance market for solicitors is starting to harden, with competition between insurers amongst the better performing firms now far more evident, the headline is not a straightforward question to answer.

There are roughly 10,000 firms of solicitors in England and Wales, and the profession is extremely diverse in terms of size. The majority tend to be small high street firms (including thousands of sole practitioners) with a number of very large firms, many of which have national and international presence.

Competition for business is, of course, driven by the appetite of insurers to maintain and grow their market share, and we have seen a number of insurers looking to do just this in 2018. We have equally seen several insurers focusing on renewal business only and trying, where possible, to increase rates.

Whether these increases were possible would very much have depended on the competitive environment.

Firms with between one and 10 partners now have more insurer choice than ever before, helping to keep premiums for the majority at acceptable and at more than affordable levels.

The larger firms generally have a good number of options although the dynamic tends to change with very large firms, particularly those with multi-jurisdictional exposures where currently only a small number of insurers are able to provide the desired solutions.

Many firms, of course, purchase PII cover in excess of the SRA compulsory levels. The so-called excess layer market for solicitors has certainly seen some correction in rates. The main area affected by this rate adjustment was at the attachment immediately above the primary layer of cover (£2m, or £3m for an incorporated firm).

This increase in rates is driven by claims activity in recent years, where we have seen a number of settled claims running into the millions directly affecting excess layer insurers.

In overall terms, rates have generally remained flat for the legal profession in 2018. Premiums may have increased for some firms, but it probably more a reflection of fee growth at the firm than an increase in rates.

In fact, many firms will have secured a reduction in rates, although they may now be paying more in premium due to their fee growth.

It is difficult to be definitive on how we see the PII market for solicitors in the UK developing over the next three to five years.

The outcome of the current SRA consultation will, of course, be a major factor and once this is released, we’ll be able to offer a much more definitive view.

Aside from this, it is clear from frequent dialogue with insurers that there is a desire from most to work towards a rate correction in 2019. This may be prudent thinking or just another excuse to try and increase rates – it is just impossible to say.